I must say I didn’t pay much attention to an article that appeared on April 16 in HVG about the resignation of the entire Jobbik political leadership in the county of Borsod. If I had read it more carefully, I would have recognized the name of Zsolt Endrésik, the Jobbik county chairman and member of the Hungarian parliament, because in March 2010 I wrote an article about Endrésik and a fellow Jobbik politician, László Holcman, Jr. The article’s title was “A Jobbik két arca” (Two faces of Jobbik). The conclusion of the article was that although both men are extremists, Endrésik is less belligerent and somewhat more realistic about the current Hungarian political situation than Holcman.

Endrésik began his political career in MIÉP, but in 2003 he became disillusioned with MIÉP and politics in general. A few years later, however, he met Csanád Szegedi, currently a Jobbik member of the European Parliament, who “opened his eyes” and convinced him to return to politics, this time as one of the early leaders of Jobbik. 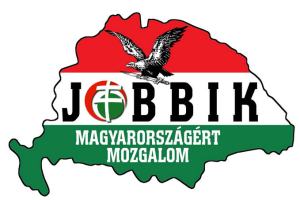 Before anyone prematurely concludes that the party strife in Borsod is only a storm in a teapot I should mention that the county of Borsod is a Jobbik stronghold. It was here that the party managed to get 27.2% of all the votes cast, ahead of MSZP (15.9%) and second to Fidesz-KDNP with 47.9%. Both Endrésik and Holcman played critical roles in making these results possible. Today, they are against Gábor Vona and direction Jobbik is going. It also seems that Csanád Szegedi is no longer an idol of Endrésik. On the contrary, they seem to be the greatest of enemies. For the time being, Vona and Szegedi are winning. Zsolt Endrésik was expelled from the Jobbik parliamentary delegation and the party began proceedings for his exclusion from the party. The charge is collusion with Lajos Pősze, formerly Jobbik, today an independent member of parliament, and passing “false information” about the party to HVG.

If one can believe kuruc.info, the neo-Nazi Internet site, both accusations are correct. Someone, it seems, hacked into Endrésik’s gmail account and found plenty of evidence that Endrésik had contact with the “traitor” Pősze and also with HVG. From the exchanges among the participants it seems that some members of the party’s stronghold in Borsod view those leaders of the party recently in the limelight as belonging to the lunatic fringe.

Jobbik’s popularity hasn’t risen since the elections in spite of stories to the contrary. In fact, according to Tárki, in the last few months Jobbik has lost at least two or three percent of its voters. Although there are no regional polls, the Borsod Jobbik leaders sense that the popularity of the party has decreased in the county. They seem to blame Csanád Szegedi and Oszkár Juhász, the mayor of Gyöngyöspata, for this decline.

Although we didn’t discuss the case of Oszkár Juhász here, recently a tape surfaced on which one could clearly hear that Juhász and others are discussing the possibility of civil war “when the time is ripe.” When there is a good chance of winning that war. He also talked about the large sums of money that Jobbik is receiving from abroad. Although this might be empty boasting, it seems that there is a segment of the Jobbik leadership that is planning or at least expecting a civil war. Csanád Szegedi is one of them. He quite openly talks about such an eventuality. “If all remains the same, there is a real chance for a revolutionary situation.” Szegedi thinks big. That revolution, just as Mahmoud Ahmadinejad, president of the Islamic Republic of Iran, predicted, will sweep across Europe and from there to North America. For good measure he referenced the “shaman of Rábaköz” who “also predicted such a bloody event in the near future.” There was also mention of “the prophecy of Nyirka.” For those who don’t understand these references to pagan tradition and to the more modern Hungarian occult there is plenty of information about this nonsense online.

So, it seems to me that Endrésik belongs to the somewhat more moderate wing of Jobbik while the central leadership stands united behind Csanád Szegedi, i.e. the lunatic fringe. The messages of this lunatic fringe got as far as Brussels where Hannes Swoboda, leader of the socialist delegation in the European Parliament, noticed his fellow parliamentarian’s remarks and called on European public opinion “to fight against extremism in Europe.” He urged European politicians to raise their voices as soon as such extremist politicians express their unacceptable views.

Well, Szegedi is not easily intimidated. He declared that Swoboda “is talking nonsense.” He doesn’t know the real situation in Borsod. Naturally, he was talking about the large number of Roma in the county. He shouldn’t jabber about things he knows nothing about.

Two years ago when I did some research on Endrésik I found out that he taught in schools in which Roma children were in the majority. He even learned their language and had good relations with the parents of his students. According to Heti Válasz Endrésik doesn’t generalize about Gypsies as Szegedi does. Perhaps that is an element of what lies behind their differences. In any case, for the time being Endrésik is out and Szegedi is being supported by the Jobbik leadership.