Over the past few days the outrageous behavior of a large group of football fans at the Israeli-Hungarian “friendly” match on August 15 has become an international cause célèbre.

Initially the behavior of the neo-Nazi fans went unnoticed in Hungary, with the possible exception of the rest of those 10,000 people who attended the match. Although they were screaming “stinking Jews” at the top of their lungs all through the match, the most egregious part of their performance occurred during the Israeli anthem. 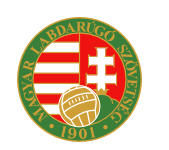 The incident became widely known only on August 17, two days after the game, when a blogger, a Hungarian who lives in Prague, reported on it. In Hungary only Péter Németh, editor-in-chief of Népszava, felt the need to comment on it in a short editorial. As he said in his note, Hungarians have gotten to the point that a little “zsidózás” is not even worth mentioning.

In far-right circles this game was considered to be a very important affair. Some of the hard-core anti-Semites on Facebook and Magyar Hírlap were concerned before the game that “for political reasons the Hungarians must not win the game.” One financial genius added that “Man, if we beat them tomorrow the euro will be worth 320 forints.” A third man announced that “it is ridiculous that there is again a country that our national team may not beat. That’s like when the golden team had to lose against the Soviet Union.” The golden team refers to the Mighty Magyars of 1950s fame.

From Facebook it is also clear that these neo-Nazis were preparing to create a scandal at the game. One participant in the discussion provided the others with a telephone number in case anyone got into trouble with the police.

The Hungarian authorities knew well ahead of time that trouble was brewing and in fact the Israeli national football team was warned of a “severe threat” to their safety in Budapest. From the interview with Eli Guttman, the team’s coach, it is not clear exactly what the Hungarian police did to defend the visitors. We do know that there was cooperation between the Israel security detail that accompanied the team and the Hungarian police because the Israelis’ “bus was sent out of the stadium after the match with a police escort and sirens sounding so that people would think it was [them. They] were asked to stay behind and left later in a bus with the blinds drawn.”

As days went by more and more details surfaced. One was a photograph taken in the stadium. Tibor Bana, a Jobbik member of parliament, can be seen on the photo in the company of two attractive girls. One of the girls is holding up an Iranian flag in front of her. Jobbik, as is well known by now, has very friendly relations with Iran. It is also likely that the party receives money from the Iranian government. It is pretty clear that Jobbik had a hand in creating this particular scandal with the help of the neo-Nazi football hooligans.

Several days went by and the Hungarian government didn’t feel it necessary to say anything or to apologize to Israel. At last the English-language Israeli paper Haaretz broke the silence and pointed out that “The Hungarian authorities still have not apologized for anti-Israel and anti-Semitic incidents that took place at an August 15 soccer match between the national teams of Israel and Hungary in Budapest. During the so-called friendly match, a warm-up for both teams in advance of qualifying for the 2014 World Cup, Hungarian fans turned their back on the field during the singing of ‘Hatikvah,” the Israeli national anthem, and waved Iranian and Palestinian flags.”

A day later The Jerusalem Post also reported on the incident. The Post quoted Péter Morvay, editor of ATV, who attended the match with his son: “Not a few lunatics, but the whole bunch of supporters behaved this way.”

After a fair amount of pressure, the Hungarian government released a statement on August 21, almost a week after the incident. There was no apology, but the statement declared that “the Hungarian government deeply condemns the behavior of the football fans who disturbed the dignity of the friendly Israeli-Hungarian football match on August 15.” However, “the extremist behavior is not in direct contradiction with the law, therefore there is no legal ground for the authorities to take immediate action.”

The Hungarian Football Association (MLSZ) said that it would investigate the incidents at a meeting today. I guess they are still investigating because as yet there is no news on the outcome of their gathering.

And finally the Israeli national anthem which cannot be heard on the video.

If the tune sounds familiar it is because this 16th century popular Italian song was incorporated by Bedřich Smetana in his symphonic poem Má vlast  as “Vltava.”