In the last few days I have noticed an entirely different communication style from MSZP and even from LMP when it comes to their attacks on Viktor Orbán. It is much more forthright and unambiguous than before. A couple of weeks ago one couldn’t hear that “Viktor Orbán is a liar.” Instead, opposition politicians used milder, more polite words when criticizing the Hungarian prime minister. By now, however, politicians are openly questioning the mental state of Orbán. For example, Attila Mesterházy, who is often accused of not being forceful enough, said the other day that Fidesz’s “policies are unpredictable and [its] communication is insane.” In Hungarian it is also a play on words: “Az önök politikája nem kiszámítható, kommunikációja nem beszámítható.” Benedek Jávor (LMP) put it this way: “Whatever [Orbán] says is a lie and whatever he does is madness.” Someone heard an MSZP member of parliament commenting after Orbán finished his opening speech on the first day of the new parliamentary session that “this guy is mad; honestly, he is losing his mind.” 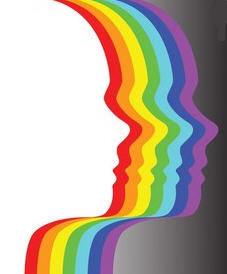 I don’t know whether László Bartus’s article in Amerikai Magyar Népszava, because Nagy is talking about him, has anything to do with these new communication tactics, but I don’t think that the verbal campaign against Orbán needed help from anywhere. Since his return from a brief two weeks away from the daily routine of his office he has made several contradictory statements and was caught lying several times. It is enough to think back to his flip-flops about the IMF/EU negotiations for a loan. The same thing is happening with the release of the “national hero” of Azerbaijan. Every time either Viktor Orbán or any other member of his government opens his mouth we hear a different story. It is now apparent, however, that Hungarian government officials were fully aware of what would happen once Ramil Safarov arrived in Baku. Moreover, they also realized the international consequences of the possible Hungarian release of the murderer. Both the  Foreign Ministry and the Ministry of Administration and Justice advised Viktor Orbán against it. They even called his attention to possible national security consequences. Yet he went ahead. And, yes, he lied again. One day he said that the decision was discussed and approved by the cabinet, the next day he told reporters that he alone made the decision. As the latest documents attest, the latter claim was the true one.

So, to put it mildly, Orbán is behaving erratically. Yet there are some analysts who are trying to make sense of it. For example, an article appeared in HVG that claimed that all this confused talk about the IMF/EU negotiations was part and parcel of a well prepared communication plan that had been drafted secretly way ahead of time. The problem was that the great plan didn’t work. Hours after each lie the media contradicted Orbán’s version of the story. The famous communicator failed time and again. As Ferenc L. Lendvai wittily remarked, to be a Machiavellian doesn’t only mean that we learn from the founder of political science but that we follow the behavior Machiavelli prescribed for a successful politician. There must be success because it is not worth being amoral without it. “That the leaders of the Hungarian government and the government party are Machiavellians we have known for a long time but lately they have given two bewildering examples of incompetence.” Of course, Lendvai is talking about the IMF/EU and the Azerbaijan affairs.

Way back in April I read an interview with Jerrold Post, professor of psychiatry at George Washington University, in HVG. The journalist, Péter Zentai, wanted to know whether there was a generally accepted diagnosis of a dictator’s mind. Yes, was the answer: missionary zeal, a desire to find enemies, blaming others for his own faults, a not quite properly functioning conscience, and a unique talent for influencing people around him. A lot of people would find these traits in Orbán’s psychological makeup, but these traits don’t fully explain his behavior of late. Orbán’s old friend Gábor Fodor (SZDSZ) in an interview on ATV (July 26) talked about Orbán’s “complete psychological collapse” and accused him of “paranoid delusions.” Even earlier, after Orbán’s speech on March 15, DK politician Csaba Molnár brought up the possibility that perhaps something is not quite right with the prime minister’s psyche.

Normally raising such questions in Hungary is met with great resistance. As if it were an inappropriate inquiry into some private matter. But I do think that the question of the mental state of a president or a prime minister is not just the concern of the individual, and I have the feeling that now that the topic is out in the open there will be more and more demands for the government to level with the public about Viktor Orbán’s mental state.