A few days ago I made optimistic noises about a possible collaboration among democratic parties and anti-Fidesz civic organizations without which there can be no change of government in 2014. My optimism resulted from the joint demonstration by DK, MSZP, and Solidarity at the conclusion of the hunger strike of four DK members of parliament. Since then I have been awakened from my dream.

Only a few days after the hopeful signs of cooperation Milla, a civic organization that began on Facebook on December 22, 2010, announced that it is refusing to cooperate with another civic group, Solidarity, because the leaders of that movement want to cooperate with already existing parties. And Milla refuses to get involved in any political action that is supported by political parties. For all practical purposes, a contradiction in terms.

One of the leaders of Milla is Péter Juhász; he is the one who most often represents this civic movement in the media. He showed up on ATV back in August; he gave a couple of interviews on Klubrádió; and only a few days ago Vera Lánczos, one of the members of the Galamus Group, conducted a long interview with him.

Almost two months ago Vera Lánczos expressed her misgivings about the direction in which Milla was going under the guidance of Péter Juhász and his friends in an article entitled “The Milla: ‘Dilettantes, spare me!'”  I wrote about Milla and this article earlier. My opinion hasn’t changed since. I consider Juhász a very confused man who may end up inflicting irreparable damage on Hungarian democracy. 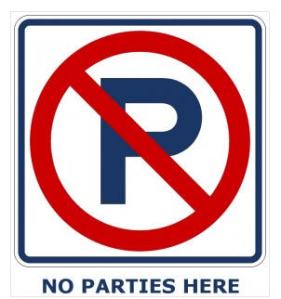 The real problem is that Juhász seems to view the last twenty-two years of Hungarian politics as a steady march away from democracy. According to him, SZDSZ was and MSZP and DK still are just as undemocratic as Fidesz is. Thus he rejects any cooperation with them. In this respect he shares the opinion of the LMP politicians who are convinced that an overwhelming majority of the undecided voters reject both sides and want nothing to do with them.

But Juhász is wrong on several points. He is wrong about the composition of the currently undecided camp. There have been several studies lately that show that the majority of the undecided voters lean toward the left. These are the people who were dissatisfied with the way things were going between 2006 and 2010 and voted for Fidesz in the hope of a radical change for the better. Yes, there was radical change but not for the better. These people are still waiting, but when the chips are down they will most likely vote for one of the parties on the left. And some of them have already returned to the fold. After all, public opinion polls show a steady if slow growth in the number of MSZP voters.

Juhász is wrong on another point. In one of his interviews he emphasized that the Orbán government can be defeated only if the disappointed voters on the right can be persuaded to join forces with the civic groups. If they see that these civic groups are joined by political leaders, they will shrink from cooperating with them. I personally very much doubt that truly committed conservatives would in large numbers join Milla or some other civic group regardless of whether they refuse to cooperate with parties or not. Moreover, there are mighty few moderate conservatives on the Hungarian right.

As for the general anti-political rhetoric of Juhász, he is not very original. After all, this is exactly the position of LMP. The last twenty-two years were a total waste of time, money, and energy. All parties are rotten with the exception of LMP. It is pure and honest because its politicians were in no way responsible for the alleged sins of the past. After all, they are a new party. It seems to me that the only party Juhász would cooperate with is LMP. But there is a problem, and that is a big one. LMP was never a big party (it attracted mostly young Budapest intellectuals), and it is rapidly losing ground. According to the latest Ipsos poll LMP lost 4% of its voters in August and September. I believe the loss is due to the party’s refusal to cooperate with the other democratic parties. LMP managed to sink down to the level of the much maligned party of Ferenc Gyurcsány. Both DK and LMP have a 2% share of the electorate.

LMP needs a base, and I guess András Schiffer et al. believe that Milla will be an ideal vehicle for gathering voters around LMP.  Both organizations believe that all of the undecided voters share Milla’s skepticism about the older parties and they will vote en bloc for LMP. With a current popularity of two percent? Madness.

It doesn’t seem to matter what points Juhász’s interviewers bring up as valid arguments against his beliefs, he remains steadfast. He refuses to cooperate with Solidarity, a civic organization that is ready to join the democratic parties in their planned demonstration on October 23. He also seems to refuse to consider any demonstration against Fidesz’s attempts to limit the number of voters by introducing an absolutely unnecessary registration procedure. According to Juhász, demonstrations were useless in the past and they will be so in the future. So, let’s forget about them.

According to Juhász, Milla was silent during the summer but now its members are moving full force into organizational activities. They put, he said, a lot of energy into a website called MillaMédia. Well, I took a look at it and I agree with György Kakuk that the website is as confusing as their political views. Kakuk specifically brought up the stop sign with runic script. What do the leaders of Milla want to tell us with that? Colossal confusion everywhere.

I suspect that LMP is using Milla to its own political purposes, but the cooperation is unlikely to bear fruit. A tiny party aided by the confused leadership of a civic organization is unlikely to be able to defeat the well organized party of Viktor Orbán. There might be 99,810 “likes” on Milla’s Facebook page, but that means nothing in the harsh light of political reality.