I would like to remain on the topic of the Peace March a little longer because a few days ago I encountered a name that I wasn’t familiar with before: László Csizmadia. His name cropped up as one of the three or four organizers of the march along with Zsolt Bayer, András Bencsik, and Tamás Fricz. Tamás Fricz is an “independent” political scientist while András Bencsik used to be the editor of  party news in Népszabadság during the Kádár regime. And we all know about Zsolt Bayer, a good friend of Viktor Orbán and a man known for his coded anti-Semitic writings.

So, we know a fair amount about these people’s past and current activities, but one hears little about László Csizmadia. He is currently the chairman of the Nemzeti  Együttműködési Alap (NEA / National Co-operation Fund) and as such he has about 3 billion forints at his disposal to hand out to deserving civic organizations. The Orbán government doesn’t have to worry about this money ending up in the wrong hands. Csizmadia makes sure that only those groups receive grant money who judiciously work for the regime of national cooperation. As Csizmadia said in July of 2011, it is wrong to assume that civic groups are normally anti-establishment, anti-governmental entities. The list of those who received sizable sums of money from NEA is by and large a list of faithful supporters of the regime. 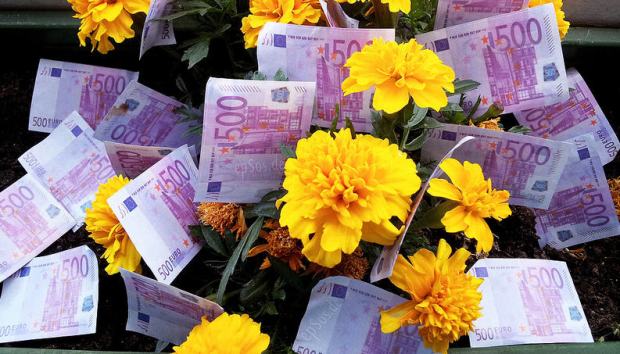 Yes, the list. The NEA’s website is designed in such a way that a full list of the grants cannot be accessed, but atlatszo.hu managed to obtain the list. Even if one doesn’t know much about these groups the names themselves are telling: the Knights of St. George, Women Lovers of Wine in Tokaj; Hungarian Carpathian Association; Association of Christian Intelligentsia; and Regnum Marianum Catholic Community, among many others.

Csizmadia, in addition to his chairmanship of NEA, is also the head of a whole network of civic groups that are the beneficiaries of his NEA largesse. Csizmadia claims that some 400 civic groups belong to this umbrella organization, The Civil Együttműködési Tanács (Council of Civic Co-operation), which held its first open meeting in November 2011. I tried to find a list of these organizations but was unsuccessful.

Csizmadia also organizes the pro-government demonstrations through another most likely phony organization called Civil Összefogás Fórum (CÖF / Forum of Civic Co-operation). The financing of the demonstrations comes from the Civil Összefogás Közhasználatú Alapítvány (Nonprofit Foundation of Civic Cooperation). One cannot help but suspect that all these foundations and channels serve mainly to obscure the true source of the funds.

Csizmadia occasionally publishes articles on a website called Polgár Porta (www.polgarportal.hu). His latest post, dated October 15, announced the October 23 Peace March demonstration of civic groups in defense of the government so maligned by the opposition. He accused Gordon Bajnai of all sorts of crimes. According to Csizmadia, the former prime minister “with his party friends (pártbarátaival) squandered the money received from the IMF and drowned his already drowning country in a sea of debt.” He added that the opposition will use October 23 for campaign purposes when they have no right to exist. They should simply disappear in shame.

Speaking of squandering money (and shame), there are other beneficiaries of NEA who are even closer to Fidesz and the Orbán government than the organizations I mentioned earlier. The Magyar Dinnye Szövetség (Hungarian Melon Association) headed by György Simonka, a Fidesz member of parliament, received 4.4 million forints from NEA. An organization called Magyar Tanyákon Élők Egyesülete (Association of People Living on Hungarian Homesteads) received 4 million forints. This organization is headed by another Fidesz MP, József Balogh. The Nők a Nemzet Jövőjéért (Women for the Nation’s Future) got 1.2 million. This particular group belongs to an umbrella organization called Magyar Asszonyok Érdekszövetsége (Association of Hungarian Women) whose founder and honorary president is Ilona Ékes, another Fidesz MP. And saving the best for last, 3.5 million forints went to the Nők a Magyar Nemzetért Egyesület (Women for the Hungarian Nation) whose only activity, according to Népszava, was that it joined Csizmadia’s CÖF, the organization set up to manage the peace marches.