Yesterday’s post prompted a lively discussion. My position has been clear for a very long time. Given the new electoral law, no opposition party can single-handedly dislodge Viktor Orbán’s government. There must be a unified opposition with a single list. Just as Tamás Bauer warned on the video I provided, supporters of individual parties will have to vote for people they don’t particularly like because this new unified group/party will be able to put up only one candidate in each of the 106 electoral districts. Some LMP followers will have to vote for an MSZP candidate; some MSZP supporters will have to vote for DK’s candidate. It will be hard, but it must be done. 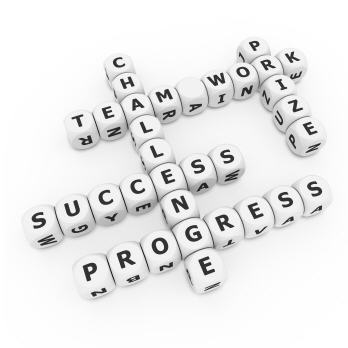 As the candidate of such a unified opposition party I don’t see a better person than Gordon Bajnai. He proved himself to be a capable crisis manager. He has political experience, which is a must. One cannot pick up some civic group leader and make him prime minister. It would be a disaster. Bajnai doesn’t belong to any party, and it would be a stretch to call him a man of MSZP. Yes, MSZP-SZDSZ supported him, but not because they agreed with all that he was doing. They supported him because they knew that the economic situation was so grave that without the further austerity measures he introduced the whole edifice might collapse. For the parties that, let’s hope, will gather under the umbrella of “Together 2014” it will be easier to accept a non-party man instead of the leader of one of the constituent parties.

As for the sins of the past. In my opinion the major “sin,” if one could call it that, of the governments between 2002 and 2010 was that they refused to use antidemocratic measures against an undemocratic and aggressive opposition. Fidesz in opposition didn’t behave according to the rules of the game in a democracy. Viktor Orbán used every possible illegal means to overthrow the legitimate government–if necessary, with the help of skinhead football hooligans and criminals. For four solid years Fidesz (and Jobbik) falsified the history of the events of October-November 2006. They also falsified the speech of Ferenc Gyurcsány. One can repeat endlessly, as some people do even on this blog, that it was a speech about his own lies. No, it wasn’t. It was about all the empty promises parties had made in the hope of electoral victory. And this was true of all governments from 1990 on, and that included the first Orbán government as well. Gyurcsány was also talking about Medgyessy’s irresponsible promises and about his own two years in office. He tried to explain to the MSZP parliamentary delegation that this must stop because otherwise the country is heading toward financial ruin.

As we know, three MSZP bigwigs–and Gyurcsány most likely knows who they are–sent the speech straight to Fidesz. Orbán had his man at Magyar Rádió who picked out one sentence from the long speech and broadcast it over and over.

A new book by József Debreczeni strongly suggests that Fidesz knew of the planned siege of the television station before it occurred and that the behind-the-scene organizers gave explicit instructions on how far these criminal elements should go. It is also known that several Fidesz MPs were in telephone contact with the far-right elements who were attacking the police on October 23. It has been clear for some time that the Fidesz demonstration was staged at the Astoria Hotel in order to be close to Deák tér and that the criminal elements were instructed “to pull the police” close to the Fidesz demonstration.  The result was predictable. The two groups intermingled and some innocent bystanders ended up among the violent groups who were throwing rocks at the police.

It is also a well known fact that certain key MSZP party leaders refused to support Ferenc Gyurcsány either because they didn’t like the reforms he wanted to introduce or because of his eagerness to make a clean sweep of the corruption within MSZP. It is no coincidence that years later Gyurcsány felt that he had no choice but to abandon MSZP and establish a party of his own. So, to make Gyurcsány responsible for MSZP’s mistaken policies is unfair.

As for the much talked about corruption. One witness after the other in important corruption cases claim that they were intimidated into giving false testimony by the police or by the prosecutors. The prosecutor’s office has been in Viktor Orbán’s pocket for a long time, but until now at least the courts have been more or less independent. No wonder that one of the first decisions of the Orbán government was to fire over 300 judges and replace them with young men and women favored by the regime.

In order to win this election every vote counts. No one can give up 300-400,000 DK voters just because some people think that Ferenc Gyurcsány was responsible for the two-thirds majority. What about Fidesz’s behavior in opposition? What about Orbán’s lies? And what about those “liberals” who refused to vote in 2010 because their favorite party, SZDSZ, was no more? How many votes were lost there? I know people who couldn’t be convinced that not voting means a vote for Fidesz. Some of them are well known political commentators today.

I also remember so-called liberals who actually rooted for Fidesz to get a two-thirds majority because they considered such a landslide victory a sure foundation for an entirely different kind of politics. Well, they got what they asked for, but it seems that by now they themselves realize that they completely misjudged Viktor Orbán and Fidesz.

The Hungarian people must learn that there are no perfect choices at election time. You must choose the party you find the best (or the least noxious). Some people might find in MSZP, some in LMP, and some in DK the party closest to his political views. All three parties and the new civic political groups are committed to democracy, and that is the most important consideration.  We know that Fidesz is not a democratic party. In fact, Viktor Orbán is building an autocrat state along the lines of  Mussolini’s fascist Italy. This must be prevented. I suggest that everybody put aside their selfish personal interests for the sake of salvaging Hungarian democracy. What is left of it.