Reuters was the first foreign news agency to report that “Hungary’s ruling Fidesz party abandoned plans to force voters to register for parliamentary elections before the 2014 poll, after the Constitutional Court threw out the measure saying it limited voting rights.”

The court’s ruling is considered to be a  major blow to the Orbán government. Just before the holidays there were nationwide students demonstrations that forced Viktor Orbán, for the first time in his present tenure as prime minister, to retreat. Now, instead of fighting the ruling of the court as this government has done several times in the past, the decision was made to give up the idea of registration. But, as Antal Rogán, the whip of the Fidesz delegation, emphasized in his press conference after the ruling became public, “there will be no registration for the 2014 election.” So, perhaps there might be for subsequent elections. However, I would like to remind Mr. Rogán that first Fidesz must win the 2014 election, which is not a done deal at the moment.

The court was “mindful of the practice of the European Court of Human Rights… [and therefore it] established that for those with Hungarian residency the registration requirement represents an undue restriction on voting rights and is therefore unconstitutional.” In addition, the court also found that some of the law’s provisions on political campaigning imposed “severely disproportionate restrictions on the freedom of opinion and the media.”

I dealt with the question of the electoral law several times and also with the latest ruling of the Constitutional Court on the so-called “temporary provisions” of the Constitution, one of which was the electoral law. A thorough analysis of the electoral law by members of the pre-1989 democracy movement can be found on Hungarian Spectrum. I also covered the ruling on the temporary provisions, and therefore I don’t think it is necessary to dwell on the proposed law itself. A much more interesting question at the moment: why did Fidesz decide to abandon its previously inflexible position on the subject?

Opinions naturally differ on the cause.  An unsigned editorial in HVG is of the opinion that the Orbán government really doesn’t care about the rulings of the Constitutional Court. It happened before that the court found something unconstitutional and the answer was immediate: “It doesn’t matter. In this case, we will put it into the Constitution or add it to the list of items in the temporary provisions to the Constitution.”

László Kövér just lately said in his  usual blunt way what he thinks of the Constitutional Court. In his opinion, the court misunderstands its role. It acts as a “quasi appellate forum over parliament in such a way that the judges, unlike members of parliament and members of the government, are not responsible to anyone. The judges created the theocratic power of a divinity called ‘the invisible constitution’ over and above the sovereignty of the people.” In brief, Kövér doesn’t seem to realize the real function of a constitutional court. Kövér is not alone in his opinion within the Fidesz leadership.

Moreover, the HVG article continues, the Hungarian Constitutional Court is a shadow of its formal self and therefore what is going on now is not a struggle between two equal branches of government. The real reason for the change of heart, according to the author, is pragmatic. As he puts it, it is “the self-correction of a regime that only understands force.” The author suggests that the opposition parties and organizations should follow the example of the students. The logic of this particular explanation is not at all clear to me in light of its conclusion of “force” as the only thing Fidesz understands. If the Constitutional Court is so weak, why would Fidesz bow before it? 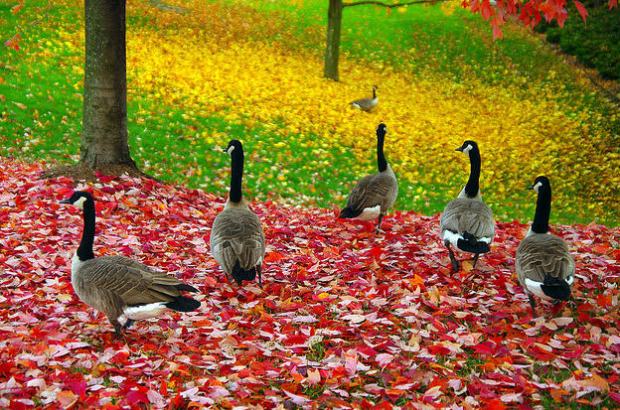 Another article that also appeared in HVG  is by Áron Kovács and András Kósa. They think that pushing ahead with the registration issue would have been “too politically costly” to Fidesz. It didn’t matter how hard the government tried to sell registration as something desirable, the idea wasn’t gaining traction. According to Medián, 78% of the population is still against registration. Even the majority (51%) of Fidesz voters disapproved of the plan. The large group of undecided voters that the parties must court was overwhelmingly (85%) against Fidesz’s plan. Even the pro-Fidesz Nézőpont measured a substantial reluctance to support the government’s registration scheme.

As for the “political scientists,” only a few have been interviewed so far. Gábor Filippov (Magyar Progresszív Intézet) considers the decision a “defeat” for the government. Filippov added that going against the Constitutional Court’s ruling would “ignite wide and long conflict internationally” which, under the present circumstances, would place a heavy burden on the weakening Hungarian government.

Csaba Fodor of Nézőpont took a different position. Fodor normally vehemently defends the government’s position in all matters. He stresses pragmatism as the motivation behind the decision to bow to the ruling of the Constitutional Court because this way “one will not be able to question the legitimacy of the next election.” Moreover,  the idea of registration is not popular and therefore it may even be counterproductive. Fodor also mentioned that  Fidesz supporters can be more readily mobilized than the forces of the opposition which gives Fidesz an advantage anyway, so imposing an unpopular registration procedure is unnecessary. Please note that Fodor, most likely unwittingly, admits the real reason behind Fidesz’s eagerness to introduce voter registration.

Naturally, all opposition parties and civic groups are delighted and greeted the decision with great enthusiasm. Zsolt Molnár (MSZP) praised the decision as a sign that “the rule of law is still alive in Hungary.” According to Gergely Karácsony (LMP), “promoting voter registration was one of the worst moves of Fidesz” and he hoped that the decision would have a major impact on the politics of the government party for the better. E14 warned the government “not to try to smuggle back through the window what the Constitutional Court threw out of the door.” According to Csaba Molnár (DK), “the ruling was a decent and wise decision.” In his opinion Fidesz retreated not so much because of the Constitutional Court’s ruling but because of the opposition of society.

All in all, the opposition is delighted. They consider it a major defeat for Fidesz and a huge victory for the opposition. Within a couple of weeks we will see what the potential voters think of all this.