When the Hungarian parliament was considering passage of the fourth amendment, prominent EU politicians such as Thorbjørn Jagland, secretary general of the Council of Europe, and José Manuel Barroso, president of the European Commission, asked them not to move ahead. Angela Merkel personally warned János Áder, who happened to be on a state visit in Berlin, of the possible serious consequences if he signs this amendment to the constitution into law. Yet Áder went ahead and in a speech to the nation tried to justify his action by claiming that he had no other choice. His hands were tied by law. Some people, including former President László Sólyom, earlier chief justice of the Hungarian Constitutional Court, thought otherwise.

Viktor Orbán himself dismissed the criticism that the changes his government had made to the constitution were anti-democratic. “Who is able to present even one single point of evidence, facts may I say, that would be the basis for any argument that what we are doing is against democracy? Just one concrete step,” he told reporters ahead of a summit of  EU leaders in Brussels.

Well, it seems that the five constitutional scholars who were in charge of examining the provisions of the fourth amendment had plenty of evidence to prove that it is “against democracy.” I doubt that Viktor Orbán is as cocky today, after the Venice Commission’s report was mistakenly uploaded to its website ahead of schedule, as he was a day or two after the storm in mid-March. Apparently he told the Fidesz-KDNP parliamentary delegation at that time that “the more they attack us the better.” This time around it seems that these “attacks” will indeed have very serious consequences. Every European organization that is involved with the Hungarian constitutional crisis–the Council of Europe, the European Parliament, and the European Commission–had been waiting for word from the Venice Commission.

The handwriting was already on the wall in mid-April when the members of the Venice Commission visited Budapest and were handed a fifty-page reply to their criticisms. Róbert Répássy, undersecretary in the Ministry of Administration and Justice, sensed that “the members of the Venice Commission had already made up their minds.” I’m sure they had. After all, these five legal scholars had been studying the new Hungarian constitution as well as its amendments for over a year.

At this point, János Martonyi, most likely on instruction from above, asked three conservative legal scholars to take a look at the constitution and its amendments. The government was hoping for an endorsement of its position, but even their report, which arrived in early May, was not an unequivocal seal of approval. 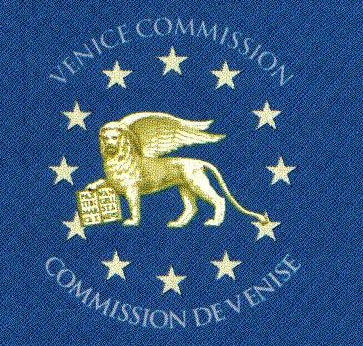 I have only the summary of the report that  Népszava published last night. The original is 34 pages long and is apparently a complete condemnation of the Hungarian constitution as it now stands. (The report was taken off the site once the timing error was discovered.) The members of the Commission (the Austrian Christoph Grabenwarter, the German Wolfgang Hoffmann-Riem, the Polish Hanna Suchocka, the Finnish Kaarlo Tuori, and the Belgian Jan Velaers) consider the fourth amendment no more than a “political declaration” that “aims at the perpetuation of the political power of the current government.” The document itself has seven chapters and the objections are summarized in 155 points. Without trying to go into details on the basis of a summary, I’ll skip straight to the Commission’s final verdict. The Commission, unlike in other cases, doesn’t even bother to make suggestions that would perhaps remedy some of their objections. Rather, they indicate that the whole thing is unacceptable. It has to be abrogated. Thrown out.

The limits imposed on the Constitutional Court “have a negative influence on the Council of Europe’s three fundamental pillars: the separation of powers, the defense of human rights, and the rule of law…. The Hungarian constitution cannot be a political instrument…. The fourth amendment perpetuates the problems of the judiciary independence, severely undermines the possibilities of constitutional scrutiny, and endangers the constitutional system of checks and balances.”

Even Gergely Gulyás, Fidesz’s young star and expert on the constitution, admitted that this was a much worse outcome than he himself had anticipated. Naturally, he pointed out all the alleged inaccuracies and wrong interpretations, but I had the impression listening to his interview this afternoon that even he realizes that the Hungarian government doesn’t have a leg to stand on. The government will answer, but I doubt that they are too sanguine about being able to change the mind of the Venice Commission.

And a lot depends on the opinion of the Venice Commission. In the Council of Europe, the members have been waiting for the opinion of the legal experts before they hold a vote on imposing a monitoring procedure against Hungary. The European Parliament will soon vote on the LIBE recommendations.  The Venice Commission’s opinion might sway some members who hitherto have been undecided on the merits of Rui Tavares’s report. And there is the European Commission, whose decision on a new infringement procedure as a result of the fourth amendment has been in limbo, pending word from the Venice Commission. And finally, the legal opinion on the Hungarian political situation as embodied in the new Orbán constitution might tip the scale against Fidesz in the European People’s Party where until now the majority supported Viktor Orbán. After the release of this document it will be difficult if not impossible to stand by a man who uses his power for the perpetuation of his own rule while trampling on the most sacred tenets of democracy.

Viktor Orbán most likely knew a couple of months ago that this is what would happen. He said in one of his speeches that a new attack is under way and that by June Hungary will be the target of an international assault. I guess he has been preparing for the battle. But this battle will be very difficult to win. His opponents are numerous and strong. And the god of democracy is on their side.