Lately I have been increasingly aware that MSZP politicians are changing tactics. They have decided to be less timid when it comes to criticism of Viktor Orbán, his party, and his government. Earlier, liberal and socialist politicians tried to avoid the kind of discourse that is characteristic of Fidesz and that contributed to the deep political division in Hungary.

The constant verbal abuse until recently came only from the right. The humiliated socialist politicians weren’t confident enough to raise their voices. But now, instead of tiptoeing around, they no longer mince words. It seems that they came to the conclusion that madly looking for polite words to describe the absolutely unacceptable policies and political discourse of Fidesz and members of the Orbán government leads nowhere. The Hungarian public is so accustomed to Fidesz rants that they no longer hear roundabout ways of expressing displeasure. Stronger language  and a louder voice became necessary.

Leftist politicians and political commentators no longer shy away from calling Fidesz a mafia-like organization that is in the process of trying to attain exclusive political power and that also strives for its own and its followers’ enrichment. It is enough here to think of Bálint Magyar’s excellent article on the Fidesz “upperworld” or Ferenc Gyurcsány’s total disregard of any possible consequences by calling Viktor Orbán a cheat and a liar. 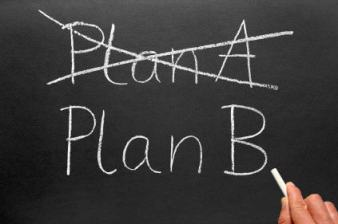 Here I would like to concentrate on Attila Mesterházy, who recently delivered a very effective speech in parliament addressed to Viktor Orbán and who in the last three days wrote two op/ed pieces, one in Népszava and another in Népszabadság. Both papers have MSZP connections. Népszava used to be the paper of the Magyar Szociáldemokrata Párt. It began publication in 1873 and even today describes itself as “a social democratic daily.”

Attila Mesterházy seems to like numbered lists. His article in Népszava is entitled “Orbán’s Nine Lies” and today’s article in Népszabadság is “Fifteen Theses.” The first article is about the nine “accomplishments” of the Orbán government as they were enumerated by the prime minister in Tusnádfrürdő/Băile Tușnad in Romania at the end of July. In the second piece Mesterházy basically outlines what his party intends to do after winning the elections in 2014.

Here I will not be able to summarize all the points that Mesterházy makes in these two articles. Instead I will concentrate on the different tone, the different communication tactics that are a departure from both earlier MSZP strategy and the declared conciliatory tactics of Gordon Bajnai’s Együtt 2014-PM. I’m coming to the conclusion that MSZP, as opposed to the middle-of-the-road Bajnai group, decided that their followers demand stronger language and more resolute action once the Orbán mafia-government is out of office.

I think it was 23 years ago, in 1991, that the young Viktor Orbán in parliament said of Prime Minister József Antall “the prime minister is lying.” The air froze around him. Those were the days when members of parliament, even the ones in opposition, found it unacceptable to call the prime minister a liar. But now the largest opposition party’s chairman himself calls Orbán a liar, “someone who rewrites reality, someone who falsifies facts, someone who is sinking in the maelstrom of his own lies.” After this powerful beginning, Mesterházy lists all the lies Orbán uttered in Tusnádfürdő and finishes with the claim that these lies are necessary in order to cover up Orbán’s “politics based on the interpenetration of money and power.”

Mesterházy’s second article on MSZP strategy outlines what MSZP plans to do with the political and financial edifice that Viktor Orbán built in the previous four years. MSZP promises the dismantlement of Orbán’s system. In addition, they will redress injustice and punish those who are found guilty. MSZP is currently planning a thorough investigation of the shady land-lease program and the distribution of the tobacconist shops. Mesterházy “calls on everyone who feels that they received undeserved preferential treatment to return the ill-gotten land or give back their tobacco concessions. Otherwise we will take the land back and give it to those who really want to cultivate it. ” As far as the tobacconist shops are concerned, MSZP will put an end to the current system and return to the days when one could buy cigarettes at gas stations, supermarkets, and small corner stores.

But that is not all. Organizations and companies that currently provide questionable services to the government will also be investigated and “if it is found that payments were provided for services not actually rendered or a gram of cement was stolen, those responsible will not be able to avoid court proceedings.” These are unusually strong words for Attila Mesterházy.

On the other hand, he holds out an olive branch to the average Fidesz voter by pointing out that they are not responsible for what the Orbán govenment has done to the country because Viktor Orbán didn’t tell them his plans. “He shafted them, he misled them.” So, they shouldn’t feel ashamed.

Felcsút is becoming a symbol of all that is wrong with present-day Hungary. The small village where Viktor Orbán spent his early childhood and where he is building a monument to himself is a reminder of what can happen to a man who has lost all sense of reality because of unfettered power.

And that leads me to an article by Gábor Török, a political scientist who cannot be accused of anti-Orbán prejudices. Török is actually an admirer of Viktor Orbán’s political skills and points out that the prime minister in his long political career always kept in mind what people think of his actions and how the electorate reacts to his words and deeds. That’s why he finds what is happening in Felcsút, the construction of an enormous stadium right next door to the prime minister’s own house, so out of character. Doesn’t he realize what perception that whole project creates? Is he blind and deaf? “A stadium next to one’s own house may kill a politician. It only depends on the creativity and talent of his opponents.” Mesterházy mentioned Felcsút eight times in an article only slightly longer than this post.