What can one say about the newly introduced ethics textbook for Hungarian fifth graders? For starters, it is not, strictly speaking, an ethics text.  Ethics is not a branch of religion, and being ethical is not the same as following the law or adhering to societal norms. So a textbook that lauds religious virtues and advocates unquestioning civil obedience doesn’t belong in an ethics class.

The authors of this non-ethics textbook are Ferenc Bánhegyi and Mrs. Olajos Ilona Kádár. Bánhegyi seems to be a favorite of the Orbán government because he is also the sole author of the history book intended for fifth graders. Perhaps the best introduction to Ferenc Bánhegyi’s worldview is his outline for a forthcoming history textbook. The dominant theme of the book is the unjust attacks on Hungary and Hungarians through the ages. His goal is to refute these charges and to blame foreigners for Hungary’s misfortunes. Pity the poor student who has to give the “right” answer to such questions as why Mihály Károlyi was viewed favorably in the West and given a villa in France. Or, in a similar vein (and with, I presume, a similar answer expected) why Ferenc Gyurcsány is more acceptable in Western Europe than Viktor Orbán.

Surely, the bureaucrats of the Ministry of Human Resources, in particular Rózsa Hoffmann and her crew, knew about this man’s predilection for both historical falsification and anti-Semitism and racism. One of Bánhegyi’s history textbooks already had to be withdrawn in 2000. It seems that the first Orbán government was less forgiving than the second one.

Admittedly, there was some serious editing of the new ethics textbook. Here’s one notable passage. The original read: “The Hungarians are one of the most welcoming people in Europe. They are hospitable and friendly. This was the case from the time of Saint Stephen until the beginning of the twentieth century when the lost war and the many different people whom Hungarians welcomed helped to break up the country. Our people even after that remained welcoming and hospitable, but the deep wound Trianon caused still hasn’t healed.” That’s how the text read in May when reporters of 444.hu got hold of it. In the final product the text was changed to: “The Hungarians are one of Europe’s hospitable nations. We know that King Saint Stephen urged our ancestors to welcome strangers and honor other people.” Quite a difference. Of course, today’s Hungarians are among the most xenophobic people in Europe; just lately whole villages were in an uproar over plans to build shelters for political refugees in their vicinity.

The parents who didn’t want their children to receive religious education and who opted for ethics as the lesser evil are not better off. Perhaps worse. The whole book sounds like a guidebook to Christian-national conservative ideology. The book is full of religious references and praise for Christian communities. Thus virtue figures large in the textbook. Among the virtues the Bánhegyi-Olajos textbook lists are patriotism, religiosity, pride, heroism, and strength. Moreover, we learn from this book that “the greatest act of a brave man is martyrdom.” I hope that none of the children take that too seriously.

The line between religion and ethics is blurred: “religious communities provide values, order, security.” The authors bemoan the fact that relatively few young people seek the help of the clergy in solving their problems. I might add here that the only religious communities the textbook refers to are Catholic and Hungarian Reformed. The textbook claims that religious people are more caring than others and that “religious communities can greatly assist in the development of deep and close friendships.” It blames the media and the free market economy for the deterioration of public morality. 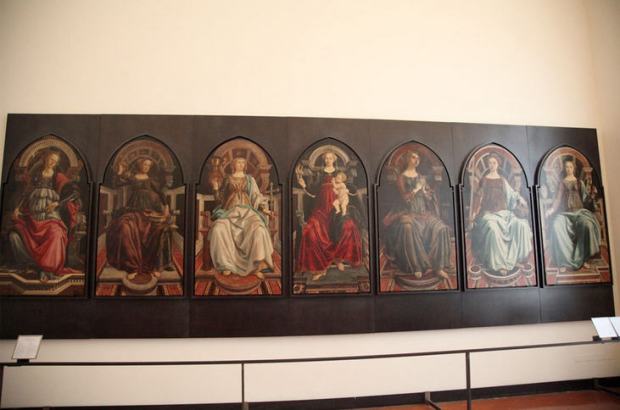 However objectionable all this may be, it is a marked improvement over Bánhegyi’s earlier ethics textbook that caused quite an upheaval in 2004 when it came out. That book contained such sentences as “the communist leading members of the Hungarian Soviet Republic came from the Jewry who were responsible for many people’s death.” Or, “the Roma came from India and spread all over the world. Because of prejudice and of their own attitude they were forced to the neglected far ends of the villages where they just manage to subsist. Many Roma children finish school without sufficient knowledge and thus unfortunately the mass of unschooled and uneducated children will get reproduced.”

Bánhegyi’s troubles with at least two of his earlier textooks may actually have been a plus as far as Rózsa Hoffmann was concerned. Religiosity and nationalism are the two pillars of the current Orbán government.  The Bánhegyi-Olajos textbook serves this purpose perfectly. After all, “the goal of morality is to make our nation strong.” Read that sentence again and weep. The present government surely must be satisfied with the book’s emphasis on law and order and its claim that all laws must be obeyed. Laws presumably are never immoral. Or at least the laws enacted by the Orbán government aren’t.

The authors don’t hide their prejudices. Just like Rózsa Hoffmann they complain about the widespread use of the English language; they don’t understand why the American dollar is used worldwide as a reserve currency; they find it objectionable that American films are popular. They don’t like computer games and contend that older games were better. They expect youngsters always to ask the advice of adults, and they insist that today’s youngsters are not as moral as their predecessors. They hold old-fashioned views on the family and consider modernity the source of many evils in this world.

In brief, the book doesn’t pose questions about ethical issues but tells the children what, according to currently dominant Hungarian ideology, is right and what is wrong. It reminds me of books written for teenage Catholic boys in the 1930s that gave advice on how to become an ideal Catholic youth. To mangle Tennyson, theirs not to reason why, theirs just to accept and comply.