My initial impression of HVG‘s young editor-in-chief was negative, mainly due to his habit of appearing for TV interviews wearing a baseball cap backwards. But I have since completely revised my opinion of Gábor Gavra. He has turned HVG into a powerhouse of investigative journalism. It was HVG that in the final analysis was responsible for President Pál Schmitt’s resignation. While they were at it, they managed to prove that not was all kosher with the dissertations (yes, plural) of Deputy Prime Minister Zsolt Semjén, the pious spokesman for the Hungarian Catholic Church. Alas, proof or no proof, Semjén stayed and Schmitt’s replacement, János Áder, is only superficially better than his predecessor.

HVG‘s track record of exposing documented misdeeds encouraged others to come forth. For instance, they broke the story of the allocation of tobacconist shop concessions in Szekszárd where the Fidesz members of the city council determined who among the party faithful should be rewarded. The brave vet who approached HVG with the tape recording has since left the party and, as a result of his disclosure, has been having all sorts of problems in his hometown.

HVG‘s latest revelation deals with the Fidesz petition to lower utility rates. According to the tapes it received, Fidesz paid young high school students who were eager to make some pocket money 100 forints per local signature, 500 forints if the signature came from someone out of town. We know from the article that appeared in HVG yesterday that the editors of the paper have not just one tape but most likely several at their disposal. Moreover, as we know from past experience, Gábor Gavra likes to hold a few pieces of evidence back for later use. So, although right now the evidence points to Dunakeszi and Fót, who knows what else the editorial staff of the paper has up its sleeve?

What we know already is damning enough. The kids didn’t just pound the pavement in their hometowns. It seems they were sent to other localities. The evidence comes from a mother whose underage son began collecting signatures on Friday and didn’t return home until Monday. The worried parents actually informed the police about the disappearance of their son. Surely, if he had been working close to home he would have gone home for the night.

Fidesz collected 2.5 million signatures and paid an unknown sum of money to the students for their efforts. But why would such a signature campaign be needed? Wouldn’t it be a no-brainer for 2.5 million people to support the idea of lowering utility rates? It seems from the tapes, however, that it wasn’t all that easy to collect those signatures. One boy boasts that in two days he managed to collect 102 signatures; another claims that one can make 8,000 forints a day.

The payment per signature might explain the many “mistakes” that came to light once Viktor Orbán sent thank you notes to those who signed his petition. Thousands of people complained that they didn’t sign the petition and still got a letter or that their long deceased relatives were also profusely thanked by the grateful prime minister. 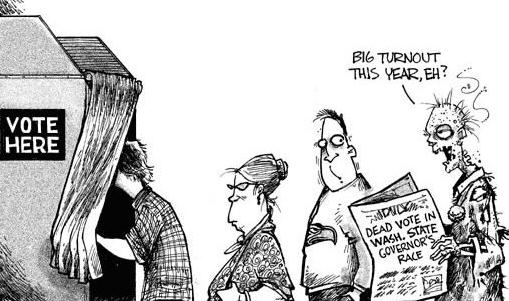 Róbert Zsigó, one of the many Fidesz spokesmen, immediately came to the rescue, claiming that the signature campaign that HVG described was a purely local initiative. A local politician decided to reward the youngsters “from his own salary.” Sure thing. As the video of Zsigó’s press conference attests, that can’t be the real story because Zsigó himself got confused. First he denied that “we paid” anything, but a second later he said “we paid” (fizettünk). So, did they or didn’t they? I suspect they did, and they did it nationwide.

As soon as the news broke, Tibor Szanyi (MSZP), taking advantage of the situation, expressed his belief that if Fidesz can pay for signatures for utility prices why wouldn’t they do the same at the national election where the stakes are a lot higher? We do have to distinguish the two cases. Payment for collecting signatures is not against law as long as we are talking about adults, although I don’t know the status of payment for collecting phony signatures. Payment for votes, in whatever form that takes–well, that’s something else entirely. And, of course, voter fraud (to mention only three of its possible iterations: vote early and often, resurrect the dead, vote on behalf of those who do not intend to vote) is illegal. Unfortunately, MSZP’s suspicions are not unfounded. A lot of people worry about electoral fraud. Viktor Orbán can’t imagine life without being the prime minister and I’m sure he will do everything in his power to remain in office.