György Bolgár’s Let’s Talk It Over is a liberal talk show with a huge fan club. I myself rarely miss it. Bolgár comes up with topics that he finds interesting or important and usually adds a comment with a question mark at the end. Today I learned that Ferenc Gyurcsány visited Viktor Orbán’s old dormitory, the István Bibó Kollégium, yesterday. Only students of the college could attend the informal talk. Soon enough a recording of the talk was in the hands of Magyar Nemzet. The paper made sure that at least one minute of Gyurcsány’s talk was shared with the readers and presented it as a second Balatonőszöd speech.

What was it that, according to Magyar Nemzet, was such a sin that it can only be compared to the speech that effectively ended Gyurcsány’s premiership? The former prime minister told his audience that his views on cultural matters, sexual orientation, religious affiliation, and choice of identity are extremely liberal. “Just to shock you, we are the only party that supports the marriage of same-sex couples and their right to adopt children.” He added that the only reason DK didn’t propose a bill to this effect was because “the socialists would have had hiccups” if they did. The conclusion of Magyar Nemzet was that just as Gyurcsány didn’t reveal the whole truth about the state of the economy before the 2006 election he isn’t revealing the whole truth about the opposition’s position today. If they win the election the Unity coalition will introduce an outrageous bill on same-sex marriage and will have the majority to pass it.

György Bolgár tacked on his usual question to this piece of news, asking his audience whether it was a wise move of Gyurcsány to touch on this “delicate” subject in the middle of the election campaign. The current constitution states that “Hungary shall protect the institution of marriage as the union of a man and a woman established by voluntary decision, and the family as the basis of the survival of the nation.”

The discussion of the subject even in the relatively moderate right-wing press, for example Heti Válasz, shows such a combination of ignorance, antagonism, and false information that one is inclined to think that bringing up the subject was anything but wise politically. Only yesterday Heti Válasz came out with an article headlined “Two Fidesz EU members voted for the proposal of the gay lobbyists.” One can sense surprise or perhaps even outrage that such a scandalous vote could occur in the EU’s Fidesz caucus. The story is a bit old since it was on February 14 that the proposal was endorsed by a large majority of the European Parliament, but I guess better later than never. In the article, according to the short description of it available on the Internet, the proposal among other things “would make it compulsory to spread the popularity of homosexuality already in kindergartens and the member states would be forced to adopt same-sex marriage.” The article mentions that a most likely homophobic civil group, CitizenGO, was collecting signatures to make sure that the proposal would never be adopted. They failed. The rapporteur of the proposal was Ulrike Lunacek, an Austrian Green EP, who is a lesbian activist. Heti Válasz revealed the names of the two Fidesz renegades who voted for the bill. They turned out to be József Szájer and Lívia Járóka. I’m not surprised. Although Szájer is  married, it seems to be widely known that he is actually gay. And Járóka, who is of Roma origin, might be more sensitive to discrimination than the average Fidesz EP. 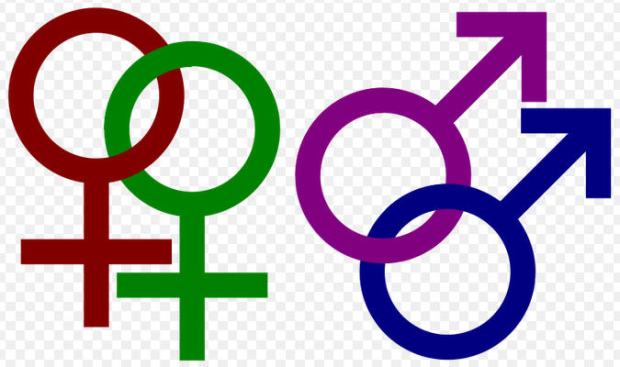 If the so-called moderate Fidesz outlet, Heti Válasz, takes the unfounded rumors about the propagation of homosexuality and compulsory introduction of gay marriage in the member states at face value, you can imagine what the other right-wing publications say on the subject. But when you actually look at the “Report on the EU Roadmap against homophobia and discrimination on grounds of sexual orientation and gender identity” it is a moderate document designed to have easy passage. It simply opposes discrimination and wants to ensure the equality of gays, lesbians, and transsexuals. Heti Válasz‘s reporter obviously didn’t even bother to read the document.

So, Bolgár’s question was justified. Was it wise for Ferenc Gyurcsány to bring the topic up at all? Was he again careless and rash? After all, he is now a member of a team that is supposed to show unity. And one of the problems of “Összefogás” is that voters don’t see the kind of unity its name implies. So, I would say, no, it was not a wise thing to do. Not that I don’t sympathize with his position. I do, but with this statement he is opening himself up for another attack from Magyar Nemzet. One can say that it really doesn’t matter what he says or doesn’t, his opponents shower the most outrageous attacks on him anyway. One could say that politicians don’t always have to cater to public sentiment. But there’s a reason that most politicians try to align themselves with the views of their potential voters.

In the United States where state governments and courts as well as the federal government and the Supreme Court are moving to extend rights to the LGBT community, the majority supports the idea of same-sex marriage (54% in 2013). In Hungary according to the latest poll (2007) it is only 30%. If I had to guess, due to Fidesz and Christian Democratic propaganda that number may be lower by now. For instance, anti-gay propaganda can be heard on M1 (Kossuth Rádió) where a long conversation took place about whether homosexuality is a sin. Heti Válasz severely criticized the United States for launching a campaign aimed at Putin’s anti-gay Russia It was no more than hysterics, the paper claimed. An innocent sporting event became the victim of politics. Heti Válasz was on solid political ground on two fronts. It could support the conservative religious position advocated by the government and, now that Hungary and Russia are such good friends, it could come out squarely on the side of Putin’s discriminatory laws against gays.

In any case, Gyurcsány felt that he had to explain himself more fully and therefore gave a press conference today. He didn’t retreat. He repeated that his party is in favor of same-sex marriage but they are in the minority within Összefogás. Just as they are in the minority on the issues of dual citizenship and Hungary’s current arrangement with the Vatican. He added that, if Összefogás wins, DK will not put in a draft bill on the issue of same-sex marriage because they disapprove of the Fidesz practice of legislation by individual MP’s proposals. The government will prepare draft bills to be discussed in parliament and DK there will be in the minority. On the other hand, he added, if Fidesz wins DK in opposition following their heartfelt conviction will put in a such a proposal.

As for the callers to Bolgár’s program, there was one who disapproved of Gyurcsány’s comments and not just for political reasons. He thought that children who are brought up in same-sex households will become homosexuals themselves. On the other hand, a father phoned in who told his family’s story. They found out when their son was 18 years old that he is gay. He has been living with his partner. A friend of theirs, a woman, was left high and dry by the man who impregnated her. It was his son who was present at the birth and the two of them are something of father substitutes for the little boy. He almost wept, and when Bolgár suggested that gay people are just as good as heterosexuals, he said, “No, they are better.”