As voters go to the polls across the European Union to vote for parliamentary representatives, newspapers are full of stories about the rise of the far right. Political Capital, a Hungarian think tank, just released a study which predicts that “in a number of countries (France, Great Britain, Denmark) these [far-right] parties may even finish in first place and in some others (Netherlands, Hungary, Austria) may come in second.” It is possible that the European Parliament will see the formation of a significant pro-Russian, anti-EU group.

Hungarian societal attitudes provide especially fertile ground for right-wing extremism. Prejudice against minorities and foreigners in general is very high in Hungary, 44% of the adult population, while in Germany that figure is 11%. I think one can safely say that widespread prejudice, intolerance, and xenophobia occur mostly in countries where little or no attention is paid to civics. In Hungary civics is at best an afterthought. (By the way, a model of how to make civics engaging can be found on the website of iCivics, an organization founded and led by former U.S. Supreme Court Justice Sandra Day O’Connor.) Hungarian college students are either politically passive or, worse, they despise politics. 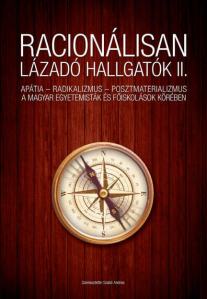 A new book edited by Andrea Szabó and available on the Internet analyzes the attitudes of young people who are currently studying for a higher degree. When they were asked how they would define the word “politics” they offered the following answers: 1.strife, tension (6%); 2. lies, scam, fraud (21%); 3. a curse word (15%); 4. corruption, stealing (12%); 5. power, self-interest, responsibility (9%); and 6. government, parliament, democracy (16%). I fear not too many high school teachers read sociological studies such as this one, but these responses should make them sit up and take notice. Hungarian students desperately need to learn the basic precepts of democracy and its institutions. They should also gain an understanding of the European Union and how it functions.

Statements in the survey designed to gain insight into the students’ attitude toward democratic values also resulted in worrisome answers. The first statement was that “the democratic system is better than any other.” Among the students surveyed 42%  agreed, but 23% stated that “under certain circumstances a dictatorship is better than democracy.” Equally worrisome is the large number (23%) of those who are utterly indifferent to the kind of regime they live in. Finally, the researchers reported that 6% of the students believe that the Hungarian situation is so bad that it would be better to introduce a dictatorship in the country.

Interest in politics is also very low among Hungarian university students. They show less interest than did students in the 1970s-1980s. Then 12% said that they were “very much interested in politics.” By the late 1990s only 3-6% answered in the affirmative. And since then the situation has deteriorated further. The same research team that prepared this volume published a study in 2008 when they found that only 2.5% of young people between ages of 15 and 29 showed any interest in political matters. This is a very low number. Hungary is next to last among the 22 countries that participated in the survey. The Czech Republic came in dead last. Denmark led the pack, followed by Germany, the Netherlands, Switzerland, Finland, and Iceland. Even Russia was ahead of Hungary.

So, it’s no wonder, given this rejection of current political life and politicians, that Jobbik with its sharp attack on the establishment and with its easy answers to very difficult questions is popular among Hungarian college students. In 2013 Jobbik was the most popular party (17.3%) closely followed by Fidesz (16%). Last year at least, Együtt14-PM did quite well (13.7%) and LMP also received a fair number of votes (7.7%).  The socialists have insignificant support among this age group (3.1%).

Andrea Szabó defines three prototypes of university students as far as their ideological orientation is concerned. She calls pro-Fidesz students the “Tusványos” generation, named after the yearly Fidesz gatherings in Transylvania. These students are ardent Fidesz believers who accept everything handed to them by the “late Kádár generation,” a term coined by Ákos Róna-Tas for the generation of Viktor Orbán and his followers. The second group consists of Jobbik sympathizers, whom she names “the kuruc.info generation.” And finally, there is the much smaller “critical mass generation,” those who feel close to LMP’s green and anti-capitalist leftist politics.

Unfortunately, the Orbán government’s radical reshaping of the Hungarian educational system and its insistence on blindly following accepted norms will only add to the popularity of Jobbik because it feeds the personality traits of those who are attracted to radicalism: authoritarian impulses, lack of inquisitiveness, nationalism, and intolerance toward others.