Every second Friday Viktor Orbán spends about twenty minutes with a servile reporter from Magyar Rádió who asks the great leader about his achievements and plans. But before I cover the latest pearls of wisdom coming from the prime minister I want to share some thoughts about an unexpected private meeting between Chancellor Angela Merkel and Viktor Orbán preceding the European Union Employment Summit held in Milan on October 8.

Critics and opponents of Viktor Orbán’s domestic and foreign policy initiatives were dismayed over news of the meeting. Just when the United States finally seems to be showing signs of greater resoluteness in its dealings with the Hungarian government, Angela Merkel rewards him with a private meeting. Hungarian opposition papers pointed to Merkel’s broad smile and assumed that the encounter had to be friendly. But this might not have been the case. Of course, we don’t know what transpired during the meeting, but there are a few signs that may indicate a less jolly encounter than Merkel’s smile would indicate.

The official government website republished the MTI summary of the encounter, based on information supplied to the news agency by the prime minister himself. What can we learn from that brief description? “First and foremost [they] talked about foreign affairs.” The second topic was energy policy. As far as foreign policy is concerned, I assume the topic was Hungary’s reluctance to support the common EU resolve concerning further sanctions against Russia if necessary. It is also possible that Merkel mentioned her disapproval of Viktor Orbán’s eastern orientation. When it comes to the country’s energy policy, I’m almost certain that Merkel brought up Hungary’s sudden decision to stop sending natural gas to Ukraine three days after the CEO of Gazprom paid a visit to Viktor Orbán.

How do I surmise that? A careful reading of this short report on the meeting makes that interpretation more than plausible. Let me quote the appropriate passage verbatim: “Hungary will be part of the common European efforts, but at the moment she must establish her own energy security. Thus, Hungary now is busy with feeding its own storage facilities.” After January 1, 2015, when the Slovak-Hungarian gas pipeline is functioning, “we will be able to send non-Russian gas to Ukraine, if our Ukrainian friends would like it.” I should call attention here to Orbán’s emphasis on the source of the gas intended for Ukraine. That strongly indicates that he agrees with the Russian position that selling Russian gas to countries outside the EU is illegal.

As for the possibility of a discussion between Merkel and Orbán on Hungarian-EU relations, my source is Viktor Orbán’s Friday morning interview. While until now we have heard only criticism from Orbán concerning the West, which is in decline and on the wrong track, during the interview Orbán praised German economic strategy. The German mentality of hard work and prudence is the basis of  successful economic policy. I might add here that praise of German economic strategy was somewhat ill-timed in the wake of dismal economic news from the country.

As far as future domestic policies are concerned, the Friday morning interview was singularly uninformative. There has been much talk lately about a new era coming, but Viktor Orbán refuses to provide any details. A careless remark by Mihály Varga a couple of weeks ago prompted speculation about the introduction of new austerity measures. Rumor has it that the government cannot hold to the 3% deficit, which may followed by the reintroduction of the excessive deficit procedure by the European Commission. And that would mean turning off the money spigots from Brussels. A government denial followed Varga’s remark, but people are not convinced that austerity measures are not in the offing. The budget that should already have been presented to parliament is still nowhere. According to Orbán, he and Varga will go through the numbers this afternoon.

There was only one topic on which Orbán was more expansive: his ideas about education. Specifically, producing skilled workers. He has big plans for something he calls “dual education,” which will produce a highly skilled workforce. After a student has been in school for eight years he would enter a course of study that would combine some academic study with hands-on work experience. It would be a kind of apprentice (inas) program. There is nothing new under the sun. Many of us still remember Nikita Khrushchev’s introduction of precisely the same type of education. We also remember that it was a huge flop and the experiment was abandoned. I guess Orbán thinks he can do a better job.

But if Khrushchev’s experiment was a bad idea in the 1960s, it is a terrible idea today. Who thinks that eight years of elementary education are enough to produce highly skilled workers who nowadays need higher math, computer skills, and–most likely in Hungary’s case–the command of a foreign language, just to mention a few requirements? The very word “inas” (apprentice) conjures up images of the little boy who was apprenticed to a master and who was terribly exploited by him. He lived with the master’s family and often did all sorts of things that had nothing to do with his future trade.  But in those days one didn’t need a lot of education to learn how to make shoes or to become a bricklayer. Today I would say that to become a skilled worker one should finish high school and have at least a two-year associate’s degree. 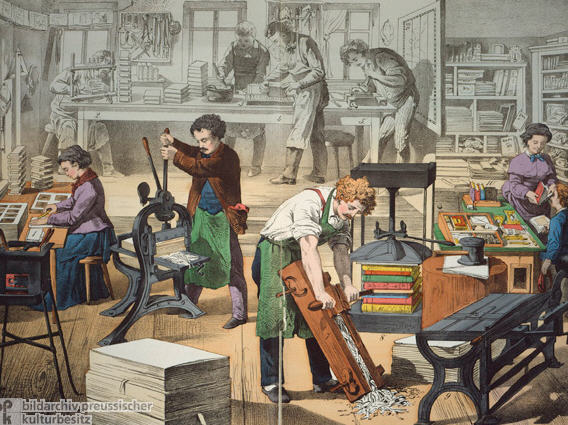 Back to olden days

I agree that training a skilled workforce is needed, but Hungary is unlikely to be a country where industry dominates. The service sector will most likely remain the mainstay of the economy, as elsewhere in western countries. Moreover, it is not true, as Orbán claims, that “the road to successful life is through crafts” because statistics prove that university graduates’ compensation greatly exceeds the salaries of non-graduates. I fear, however, that he will introduce his ridiculous ideas on education very soon. He promises such legislation this year. I wonder what impact such a reorientation of education will have on the current educational system, which has already gone through a very hard time because of the nationalization and centralization of all public schools. One could also ask where they will find teachers by the thousands to instruct students to become skilled workers by the age of 16 or 18. What will happen to those teachers who today teach academic subjects? The whole thing sounds not only crazy but injurious to the country.

This year was spent mostly on campaigning for three different elections, and therefore the Orbán government had relatively little time to come up with ever new ideas and proposals that become law in record time. I fear this legislative respite is over, and the prime minister will have quite a few surprises for us in the coming months.