After spending quite a bit of time on foreign affairs, we have to return to domestic policies because soon enough parliament will reconvene, and the Fidesz and KDNP caucuses are preparing for the new session. Members of the caucuses get together, normally at some resort, and are sequestered for a few days. Their agenda is to set the tone of politics for the next five or six months. This time the Fidesz caucus met at the Balneo Wellness Hotel near Mezőkövesd, the center of an area known for its distinctive folk embroidery. Obviously, there is no shortage of funds in the Fidesz coffers. The caucus has 115 members, and several ministers and undersecretaries also attend these retreats. 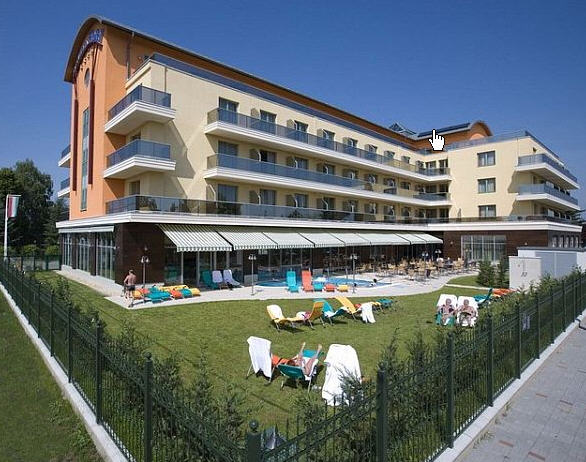 I find these gatherings amusing, especially when I hear from Antal Rogán, the whip of the caucus, “we request and authorize the government” to do this or that. Naturally, the situation is the reverse, Viktor Orbán tells Antal Rogán what he expects them to do. If they come up with an idea of their own, which doesn’t happen too often, Orbán usually decides against it. Or if they want information from the prime minister, they don’t always get it. This time, for example, apparently the MPs wanted to know more about the visits of Angela Merkel and Vladimir Putin, but they heard nothing about either. It also seems they were hoping to hear more about the deal between the government and the RTL Group. They should have known better. When Viktor Orbán loses a fight, he doesn’t like to talk about it. Or, if an encounter, like the one with Merkel, is not exactly a success, he changes the subject.

So, let’s see what Viktor Orbán actually wanted to talk about. His greatest concern seems to be the immigration of “economic refugees.” In the last two years their numbers have grown substantially, and recently they’ve spiked. While last year 42,000 requests for immigrant status were received, this year, just in January, 14,000 such requests were filed. Orbán’s solution to the problem is draconian. He wants “to bolt the door to Hungary” to all “economic immigrants because we don’t need any of them.” Hungarian economic emigrants leave in droves while Hungary is bolted tight to anyone coming from “another culture.” He will not wait for the European Union, which is far too slow. Hungary will act on its own. I wonder how they will deport all those people who are currently in Hungary and what will they do with those who are on their way. An Irish proverb says “Never bolt the door with a boiled carrot.” What will the Hungarians use?

The government must have realized that the so-called school reform initiated by the second Orbán government was a failure. All schools were nationalized except for a few private schools and were put under one huge umbrella organization that turned out to be totally incapable of supervising about 120,000 employees and thousands of schools. We don’t know how the government is planning to undo the chaos created by Rózsa Hoffmann (KDNP), but it looks as if another “reform” is underway. Every time I hear of a new school reform I just shudder. So far the government hasn’t talked to educational experts or teachers’ unions, and it hasn’t spelled out the details of its plan. It has simply resurrected an old idea of Zoltán Pokorny, former minister of education in the first Orbán government (1998-2002), to extend the eight grades of compulsory education by one year. Apparently, it was inspired by the “Polish model,” which introduced a ninth year of elementary education–along with an entirely new educational philosophy. It seems, however, that Viktor Orbán doesn’t like the idea, so most likely it will be dropped.

Another concern of Viktor Orbán is the state of Hungarian healthcare, which is rapidly deteriorating instead of improving. Orbán seems to be frustrated. At the meeting he complained that 500 billion extra forints had been sunk into healthcare and yet the hospitals are still in the red. Their current debt is 70 billion forints, which must be paid out of the central budget. Their suppliers, mostly Hungarian middle-size companies, are also hurting. For the time being, the newly appointed undersecretary will remain, but I have feeling that his days are numbered. The government’s solution is simple: forbid the hospitals from accumulating any new debts. If a hospital director doesn’t follow this order he will be fired. It is hard to fathom how such a strategy will help the situation. By the way, there’s an apparent contradiction worth mentioning here. On the one hand, the government wants to reduce the number of hospitals and most likely cut back on the number of employees, while on the other hand Antal Rogán “requested and authorized” the government to make money available for a brand new hospital in Budapest. It turns out that money for this new hospital will come from the European Union while maintaining the existing hospitals must come from Hungarian government resources.

Although the Hungarian media is full of the news that Viktor Orbán had to give in to the demands of RTL Klub without the television station toning down its news coverage of government corruption, we learned today that “Fidesz authorized the government to negotiate further with Brussels” concerning the advertising levy. What can that mean exactly? Well, nothing good, I fear. Viktor Orbán will take his sweet time thinking about the deal between János Lázár and the top management of the RTL Group. Moreover, Orbán made it clear that the amount of money he was hoping to get from the advertising levies cannot be reduced as a result of the compromise with RTL Klub. So, we can all use our imaginations trying to figure out what Viktor Orbán has in mind when he talks about further negotiations with Brussels.

If I properly interpret the leaks from the meeting of the Fidesz delegation, Orbán will not back down on government supervision of non-governmental organizations. In his opinion the Hungarian government is entitled to know what kinds of foreign subsidies are given to Hungarian civic groups. So, I assume the harassment of these groups will continue. So will the “national freedom fight.” Rogán revealed that “the Hungarian people expect that the government will always stand for the national interests” and that as a result of the government’s policies “national self-esteem” has grown during the last five years. Orbán also has no intention of changing his “independent” foreign policy because “Hungary has become a strong country” thanks to his leadership. He repeated that cheap gas means inexpensive utility prices, which he considers critical to his political longevity. Only Putin can give him what he needs. What Orbán will give in return is as yet unknown.