Yesterday the European Commission published a press release after the commission staff concluded its fifth Post-Program Surveillance mission to Hungary. After a few encouraging remarks that welcomed recent economic improvements, the authors of the memo delivered some bad news. The better economic indicators are mostly due to artificial one-off stimuli (a decrease in utility prices, the central bank’s low-interest loan program, the workfare program, and greater use of EU subsidies) and therefore one must be cautious when assessing the state of the Hungarian economy. The report also pointed out that “although the general government deficit has been kept below the 3% of GDP threshold, government debt is not yet on a firm downward path.” Furthermore, it warned that based on the Commission’s 2014 spring forecast, “the country appears at risk of breaching the requirements of the Stability and Growth Pact.” They suggested “additional fiscal consolidation efforts, in order to avoid that an inadequate pace of debt reduction could trigger the re-opening of an excessive deficit procedure in spring 2015.”

That was  not all. The mission stressed the “benefits of pursuing growth-friendly fiscal consolidation.” The mission also called for a  stable and more balanced corporate tax system, including “phasing out distortive sector-specific taxes.” They recommended an improvement of the banks’ operating environment, including a reduction in their tax burden. And finally, “the mission called for improving the business environment and emphasized the need to stabilize the regulatory framework and foster market competition, in particular by removing entry barriers in the service sector.”

All this sounds like reasonable advice. Hungarian economists who are more and more critical of Viktor Orbán’s unorthodox economic policies have been saying the same thing for a number of years, to no avail. And it is unlikely that the Orbán government will heed the European Commission’s advice, especially their call to reduce the tax burden on the banks. Viktor Orbán immediately charged the European Commission with serving the interests of banks and multinational corporations when it threatens Hungary with the excessive deficit procedure.

Banks have it hard in Hungary. Here is one example–András Hámori, a senior executive of the Russian Sberbank Europe AG, gave an interview to Reuters that was later picked up by the Moscow Times. Hámori sees good business opportunities in the Czech Republic and Slovakia as both are expanding markets where taxes on banks are contained. But not so in Hungary where the “regulatory environment posed many challenges, which warranted caution.” He continued: “So when a shareholder decides where to deploy capital he obviously has to look at the potential return, and Hungary here does not rank on top, more like the opposite side.”

In addition to exorbitant tax levies banks also have to cope with the forex-loan problem. Prior to 2008, during the tenure of Zsigmond Járai, the Fidesz appointed governor of the central bank, the interest rate on loans denominated in forints was very high; therefore most people took out loans in foreign currencies, primarily in Swiss francs and in euros. It was a great deal while it lasted, but in the last four or five years the Hungarian forint weakened considerably against both of these currencies, placing a heavy burden on the debtors.

The Hungarian government decided to ease the hardship of those people with foreign-currency loans. With the bill that was recently approved by parliament, the Hungarian government seems to put most of the burden on the banks. According to some estimates this piece of legislation will cost the Hungarian banking sector $4.85 billion. Moreover, it looks as if the banks will have to convert foreign-currency loans to loans in forints.

Over the past week or so the Hungarian forint has fallen from 305 to the euro to 312 today. This weakening stems primarily from the central bank’s cutting interest rates to what some consider “dangerous levels.” In the last two years the interest rate was lowered from 7% to 2.3%, and last week there was talk that the central bank is contemplating at least one further reduction. The forint’s decline only accelerated after the forex bill was submitted to parliament for discussion.

The EU is raising the possibility of reinstating the excessive deficit procedure against Hungary in 2015 because of Hungary’s very high national debt, which has been growing instead of shrinking as the Orbán government promised. This growth is especially glaring if we consider that the government could have reduced the national debt by 10% if it had earmarked for that purpose all of the money it expropriated from the private pension funds of millions of Hungarians. Today there is not one red cent left from this pension money, and it’s unclear what new sources the government can tap to bring down the growing national debt.

Reducing the national debt is especially difficult because the Orbán government is a profligate spender. They are especially keen on nationalizing private businesses. Moreover, beginning this year Hungary will have to pay interest on the 10 billion dollar loan from Russia although the actual building of the reactor will not begin for years. That will add considerably to the national debt.

All in all, I am almost certain that the country’s finances are in a shambles. However, Mihály Varga excludes any possibility of any excessive deficit procedure (szó sincs túlzottdefecit-eljárásról). He admitted that “Hungary probably will have to introduce further financial consolidation in order to lower the national debt.” I will be curious to see who’s next on the hit list.

The population hears only about the economic growth Hungary has achieved in the last few months and the higher GDP than earlier anticipated; they have no clue about how fragile the Hungarian economy really is. One could counter: “Well, just think how many times in the past four years critics of the Orbán government have predicted that the whole economic edifice Viktor Orbán and his right-hand man György Matolcsy built will collapse. And look, nothing of the sort happened.” Indeed, until now they were lucky, but how long will that luck last? There will be a day of reckoning, I believe. Mind you, they might manage to keep the country afloat just long enough to make the day of reckoning a problem for their successors.

The next move was to buy out Rába Automotive Holding, whose stock is languishing on the Budapest Stock Exchange. This was followed shortly thereafter by the purchase of the German E-ON storage facilities. Again the price was too high according to people in the know.

So, one can ask,what is the Orbán government after? When we hear about the nationalization of private property, we tend to think of the kind that took place in 1948-49 when one day the store owner arrived to open up his small store only to be barred from entering. Surely, this kind of nationalization is out of the question today. If the state wants to have a greater share in the economy, it has to find more subtle ways of achieving its desired end.

Policy Agenda, an economic and political think-tank, estimates that up to date the Orbán government has spent more than three trillion Hungarian forints on purchasing or acquiring in one way or the other hitherto privately owned businesses. In most cases, at least outside of the energy sector, the state doesn’t actually want to own these companies. Rather, it wants to change the ownership structure of a particular business sector. In plain language, to take away from some in order to give to others. 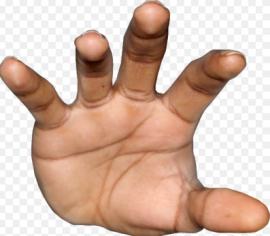 One method is direct interference in the ownership of entire business sectors. The government is able by legal means to force current business owners to give up their businesses and sell them to others. The transfer in such cases is direct; the state is not an intermediary.

A good example of this type of state interference is the pharmacies. Soon after the Orbán government came into power the decision was reached that by a certain date all pharmacies must be owned by a practicing pharmacist working on the premises. Now it seems that relatively few employees want to buy their boss’s pharmacy although the government is offering loans. So for the time being the state will have to step in and assume “temporary” ownership.

Another example of direct transfer of ownership is the heavily criticized land lease program by which state-owned lands are distributed to people close to Fidesz and their relatives. By legal means the government can also achieve a transfer of ownership in the banking sector by demanding a minimum 50% Hungarian stake in all banks in the country.

A second method of ownership transfer is for the state to make a certain segment of the economy a monopoly. Cases in point: the monopolization of tobacco products or, earlier, of  slot machines. Here the state not only interferes with private property ownership but shuts down all activities connected to a market segment. The same thing happened to the so-called Elizabeth lunch vouchers, the issuance of which became a state monopoly. It’s no wonder that the European Commission objects to the practice.

A third method used by the Orbán government to achieve a change of ownership is price fixing. No one doubts that a government has the right to adjust tax laws, but when it also decides the final price of the product the owners of the enterprise might be forced to sell because of financial pressures. The much lauded mandatory lowering of utility prices is a good example of this method.

A fourth method of ownership transfer occurs when the central government takes over the responsibilities of the municipalities and consequently their business activities. This is what happened in the case of schools and hospitals. The municipalities now own the buildings and therefore are responsible for their maintenance but the activities within these buildings are supervised by the central government.

I doubt that we’ve seen the end of the state’s expansion into the domestic economy. If tobacco products could be made a monopoly why not have national liquor stores? I’m also certain that casinos are on the list. Perhaps the transfer of Margaret Island from District XIII to the City of Budapest is the first step in building a state casino on the island.

A final note on the French Suez  Environment  Co. that was part owner of Pécs’s water company. You may recall that shortly after Zsolt Páva, the new Fidesz mayor, took office in 2009 security officers in the dead of night locked out the employees of Suez and the city forcibly took over the company. The head of the company couldn’t even enter the building. Suez naturally sued. It was only a few days ago that Páva proudly announced that they settled with Suez for 7.5 billion forints instead of the 10 billion (34  million euros) originally demanded by Suez. The central government will take over part of the obligation.  Meanwhile the price of water has gone up substantially and local MSZP officials claim that investors cannot be convinced to come to Pécs. They all remember the fate of Suez. Currently unemployment in the city is 13%, well above the national average.

Who ever said that governments were great entrepreneurs?