It’s time to turn our attention to the woes of MOL, the Hungarian oil refining company, in Croatia where the company owns 49.1% of INA (Industrija Nafte), its Croatian equivalent, and has management rights. MOL acquired this holding in 2009.  A couple of years later, in the summer of 2011, the leading Croatian paper, Večernji list, reported that MOL’s CEO, Zsolt Hernádi, was accused by the Croatian prosecutor’s office of bribery in connection with the privatization of INA. According to the paper, Hernádi paid Ivo Sanader, Croatian prime minister at the time, €5 million for a favorable deal. As a result, MOL received a 47.47% stake in INA while the Croatian government held on to 44.85%. Sanader abruptly resigned on July 1, 2009 and fled to Austria from which he was eventually extradited. Following a long legal procedure he was sentenced to a ten-year jail term, which he is currently appealing.

Several times Croatian prosecutors tried to question Zsolt Hernádi, to no avail. Eventually the Hungarian prosecutors decided to investigate on their own but found no grounds for the charges. It is a long story, which I tried to summarize back in November 2012.

A few days ago the case took a much more serious turn. HVG reported already in July that the Croatian authorities planned to issue an international arrest warrant that would force the Hungarians to hand over Hernádi to the Croatian prosecutors. It took a little while, but on September 27 Hungarian papers reported that Hernádi’s picture is the first among several Hungarian nationals who are being sought by Interpol. Hernádi was supposed to appear at a Zagreb court on September 25 and, when he didn’t show, the judge ordered his arrest. Hungarian legal experts on international law, by the way, cannot decide whether or not Hungary is obliged to hand Hernádi over to the Croats.

It was at this point that Viktor Orbán decided to interfere. With that interference the longstanding feud between MOL and its business partner, the Croatian government, moved to a political level. The Hungarian government pointed out that “the developments of the past few days … made it clear to the [Hungarian] government that the dispute is no longer an economic conflict between co-owners and shareholders.” It noted that there is a concerted Croatian effort “to exert pressure [on MOL] outside the economic sphere.” The communiqué added that “these methods are unacceptable in the European Union and therefore Hungary cannot leave these measures unanswered.” For good measure the government cancelled Hungarian participation in a summit organized for October 3 in Dubrovik and asked MOL’s management to review the company’s portfolio and if necessary prepare the sale of its INA shares to the Croatian government or a third party. The cabinet also authorized “the Minister of Justice and the management of the Hungarian Asset Management company [that handles state assets] to examine what civil and criminal action would be possible to resolve the damages to MOL and Hungary.” Viktor Orbán showed that he is a tough guy who doesn’t allow anyone to treat an important Hungarian company this way.

The answer of Croatia’s prime minister, Zoran Milanovic, was conciliatory, but he pointed out that “Croatia’s government has no influence over the decisions taken by the country’s judicial bodies.” The Croatian president, Ivo Josipovic, was less charitable, saying that Orbán doesn’t seem to realize that Croatia is not Hungary where the government can instruct the judiciary.

Orbán is not changing his stance on the issue. Today during his usual Friday morning interview he reiterated that “coercion outside the economic realm does not make it possible and justified [for MOL] … to remain in the Croatian energy market.” He gave advice to the Croats: the state should get their energy sector back. Buy the MOL shares just as Hungary bought the gas storage facilities from E.On. That’s the civilized way, he added. 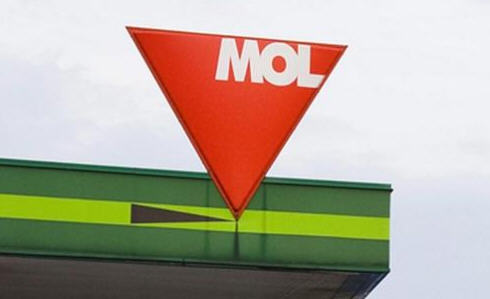 As far as the Croatian government is concerned, the solution is not that simple. According to Croatian papers, the government doesn’t have the €7.8 billion necessary to buy MOL’s stake at market value. But who else would be foolish enough to buy into INA given the murky purchase of the MOL stake? If it turns out that Hernádi is implicated, the entire original agreement of 2009 might be deemed null and void and the ownership of the MOL shares might be transferred to the Croatian government.

I’m also not at all sure whether MOL would consider selling its rather large holding in INA at this juncture. Apparently in the last three years the company invested a great deal of money into INA, and it is unlikely under the circumstances that MOL would receive a fair price for its stake. INA is a large chunk of MOL’s total wealth: about a third of all its assets. MOL’s importance as the region’s largest oil refinery would be jeopardized, especially if we consider Croatia’s access to harbors and pipelines necessary for MOL’s future expansion.

Orbán’s interference might also impact the price MOL can get for INA as a “state-ordered decision doesn’t bode well, even if selling the stake would be the economically reasonable step for MOL.” Meanwhile, MOL stock has dropped 4.6% in the past three days and is heading for its lowest close in sixteen months.

Sooner or later one will have to ask what actually happened in 2009 when MOL acquired its INA holding and its management. Until now no one in Hungary questioned Hernádi’s innocence, but lately there are more and more voices raising the issue of possible wrongdoing. As the argument goes, if Hernádi is innocent why isn’t he ready to face his accusers? Why does Viktor Orbán insist on MOL’s divesting its Croatian business? Is it perhaps because this way the Hungarian government hopes that the case against Hernádi will be dropped and therefore Hungary will not be obliged to extradite him to the Croatian authorities? There are just too many questions and at the moment no answers.