Yesterday when I left off I was talking about the opposition’s concern over the very low Hungarian birthrate, which is resulting in a steadily aging population. At the moment the Orbán government is discussing a scheme by which every woman over the age of 18 who gives birth to her first child would receive a sizable amount of money–the most often heard figure is 300,000 forints–in addition to a flexible scheduling of the subsidies already given to women after childbirth. Most people don’t think that this scheme would make families rush to have children given the current economic situation. As I mentioned, the democratic opposition doesn’t have any better ideas on the subject except that they want to put an end to the current unfair distinction between legally married and unmarried couples who have children. In addition, they promise to put an end to child hunger.

Naturally, they pay a great deal of attention to the welfare of the large population over the age of 65. They promise not only to raise pensions to match the rate of inflation; they also plan to reintroduce a “premium” that would be indexed to economic growth. They make a renewed promise of free public transportation to everyone over the age of 65. They would also again allow pensioners to work while drawing their pensions and would allow people to work beyond the retirement age. Out of these promises the only one I object to is free public transportation for everybody over the age of 65. I think that forcible retirement is untenable in a democratic society and that in certain professions it is outright injurious to the public interest. I am thinking of judges and university professors, for example.

The next topic of the provisional party program is healthcare, and I must say that it is one of the weakest points of the program. Here we have only vague generalities. I understand, however, from a television interview that the hospitals would remain in state hands and that the new government would stick with a single centralized state insurance system. Only yesterday I was listening to an interview with Erzsébet Pusztai (earlier MDF, now a member of Lajos Bokros’s conservative party) who was won over to the idea of privatizing healthcare. What does she mean by that? Basically, that doctors would be the owners of their own practices. Having doctors as state employees guarantees failure, she contends. I tend to agree with her. Therefore I don’t expect any great positive change in the quality of Hungarian healthcare as a result of a change of government. In the first place there is no money to raise salaries and, even if they did, the problem lies not only with low salaries but with attitudes. 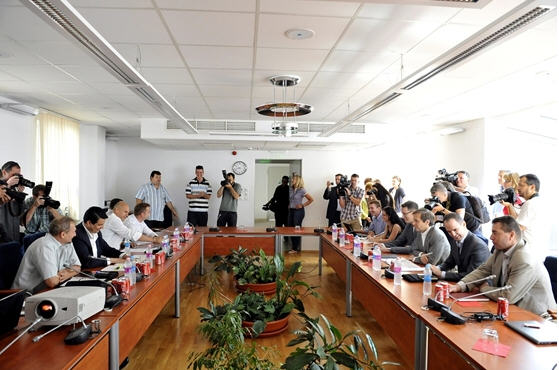 Naturally, the democratic opposition wants to put an end to the Kulturkampf introduced by the Orbán government and they make all sorts of promises of state subsidies to make culture readily available. As for the state of the media and the media law, which they surely want to change, they said nothing about MTV, MR, and Duna TV. I’m afraid that these organizations would need a complete change of personnel; otherwise the new government will end up with a far-right state media of low quality.

The Internet wasn’t left off the list either. They promise to pay special attention to making broadband available everywhere in the country and to encourage Internet usage and computer literacy.

These two parties at least don’t want to take away the voting rights of the new Hungarian citizens from Romania, Ukraine, and Serbia. The reason I didn’t include Slovakia here is that Slovakia introduced legislation that forbids dual citizenship and therefore there were very few people who applied for Hungarian citizenship and, if they did, it was in secret. I personally wouldn’t support that right and from what I read on the subject a lot of people would vote along with me on that issue. The document does make special mention of the democratic forces’ opposition “to the use of  the Hungarian minorities in the neighboring countries as instruments of Hungarian political parties,” but as long as voting rights are ensured there is no way of preventing party politics from spilling over the borders. On that issue, I’m with Ferenc Gyurcsány’s Demokratikus Koalíció.

Commentators, on the whole, responded positively to the beneficial effects of the joint declarations and the parties’ willingness to work together. Most of them think that once the first step toward an electoral alliance is taken the number of undecided voters will drop and support for the opposition will increase.

In addition to this document the opposition came out with another one that deals with the nomination of MP candidates. I will spend some time on that document in the future, but until then suffice it to say that this particular document pretty well ensures that there will be a single common party list, which is an absolute prerequisite for any success against Fidesz at the next election.

Breaking News: Sándor Csányi, CEO of OTP, the largest Hungarian bank and the premier holder of Forex mortgages, dumped almost 2 million shares yesterday, allegedly to invest in his other businesses. OTP stock has been under pressure recently as a result of rumors about a new government scheme to help the approximately 100,000 people who are currently incapable of repaying their Forex loans. This generous assistance would come at the expense of the banks. Since details of the plan are unavailable, we don’t know how large a haircut the banks would have to take, but the hit might be substantial. I guess that Csányi, who by the way has been a big supporter of the prime minister, decided to bail while he still had some equity left. In the wake of his mega-sale (and I assume that sooner or later we’ll find out who was on the other side of that block trade–again, rumors are flying), OTP stock lost about 9% today.