In September of 2012 there was an uproar in the Hungarian parliament over the issue of domestic violence; I spent at least two posts on the issue. By popular demand, the House had to consider including domestic violence in the criminal code. It was clear from the beginning that the Fidesz-KDMP caucus was planning to vote against the measure. One member of the government party after the other got up, delivering ringing speeches about “the place of the woman” in their world: they should produce lots of children, perhaps five or six. Once they did their patriotic duty they could look around and fulfill their career plans.

I first wrote about the subject on September 12, but a week later I returned to the question because Fidesz politicians launched an attack on “bluestockings”–to use the Reverend Zoltán Balog’s term–because they dared to call domestic violence “family violence.” Never mind that the dictionary meaning of domestic violence is “violence toward or physical abuse of one’s spouse or domestic partner.” This insistence on avoiding the word “family” highlights Fidesz-KDNP’s attempt to elevate the notion of family to something close to sacred. The word “family” cannot be associated with anything negative, like violence.

Yet the very same people who are so worried about the sanctity of the family and the role of women in it treat their female colleagues like dirt. According to the liberal Klára Ungár (SZEMA / Szabad Emberek Magyarországért), the women in parliament have been maltreated by their male colleagues ever since the dawn of the new democratic era in Hungary. In those days, she claims, the young male politicians of the Free Democrats were a great more enlightened than the older crew of the right-of-center coalition who often made boorish jokes at the expense of their female colleagues. Another former Fidesz female politician, Zsuzsanna Szelényi, on the other hand, described this college crowd as macho from day one. Yes, there were some female members of the group, mostly girlfriends or later wives, but it was a predominantly male gathering where the presence of women was not always welcome.

Since then not much has changed in the Hungarian parliament. If a woman rises to speak, especially if that woman is from the opposition, obscene, demeaning shouts ring out from the Fidesz-KDNP-Jobbik section of the House. On such occasions the right side of the aisle closes ranks. Not even the women of Fidesz-KDNP raise their voices in protest. They don’t have the slightest sense of solidarity with members of their own sex. 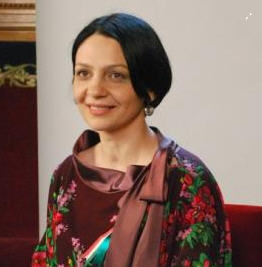 The latest scandal involved Ágnes Osztolykán, an LMP member of parliament and a woman of Roma origin. A couple of days ago she published a post on her blog entitled “Darkness in the Honored House.” Late at night on the first day of the new parliamentary session she discovered that she had no money to take a taxi home. She found a group of colleagues chit-chatting in the corridor and asked whether “one of them could take her home.” She almost apologetically adds, “after the fact, by now I know that this was a wrong question.” Almost automatically her first thought was self-accusation. She asked the wrong question. So, she blames herself for the treatment she received because, after all, one can expect only an obscene answer to this kind of request. This is how things are in Hungary.

You can imagine what followed. Some MPs suggested that they would take her home, but to their own apartments. Osztolykán adds: “I was hoping they would stop, but in fact they got more and more into the swing of things” until a Jobbik member of parliament, one of the most primitive characters of the bunch, György Gyula Zagyva, about whom I wrote a post already, got involved. Zagyva told her that he wouldn’t mind f…ing her even though she was a Gypsy.

The comments that followed this revelation were, in my opinion, on the wrong track. Everybody concentrated on the fact that these people are members of parliament and should set a good example. No wonder, they added, that people use such filthy language everywhere.

But this is not the point. First of all, members of parliament are part and parcel of society as a whole. Perhaps the composition of this particular parliament is lopsided in the sense that the men and women who sit in the parliamentary delegations of Fidesz and the Christian Democrats are Viktor Orbán’s personal choices. You may recall that the candidates had to be personally approved by the “pocket dictator,” as someone called Orbán not so long ago. And Jobbik’s presence in the House only adds to the crowd that considers women not quite equal to men. Don’t forget that it was young Jobbik activists who listed incoming freshmen and made all sorts of obscene notations when it came to female members of the class.

I also blame Hungarian women for this state of affairs, and I do hope that a few more incidents like this will wake them up. In a country where people equate feminism with lesbianism and where women seem unaware of their inferior status in society they are easy targets. If women don’t stand up and say that enough is enough, nothing will change either inside or outside of parliament.

The solution to all this is not the white rose delivered by the Fidesz MP after he had insulted a female member of parliament but a radical change in the status of women in Hungarian society. As for the white rose, in the MP’s place I wouldn’t have accepted it.