The Hungarian citizenship scandal is naturally growing by the hour, especially since today the second installment of Index’s revelations became public. Before I go into some of the details, let me first tell you about the official reaction of Fidesz and specifically of Zsolt Semjén, whose only job seems to be the “unification of the nation.” He claimed yesterday that the process of granting citizenship has been carefully monitored all along by the administration, which if necessary calls on the police and the Hungarian secret service to uncover fraud. The attack against the government’s citizenship program is most likely the work of  foreign powers who want to dissuade Hungarians from applying for Hungarian citizenship. I assume these foreign powers are Slovakia, Ukraine, Romania, and Serbia. Semjén also had a few friendly words for his own compatriots: he warned them that cooperation with foreign secret service agencies is treason. So, Bálint Szalai of Index had best start preparing for a long jail sentence! The same fate might also befall those politicians who dare inquire about the irregularities.

Today Fidesz called on the “left” to refrain from inflaming the public “against Hungarians living outside the homeland.” The statement claimed that the news that broke about the thousands of phony new citizens was actually orchestrated by the opposition parties. It is “part of a campaign against dual citizenship” that the politicians of MSZP and DK opposed already in 2004.

Although the government and Fidesz try to minimize the gravity of the situation, if the news turns out to be true and the details are accurate, the European Union might be alarmed by these developments. As Attila Ara-Kovács, head of DK’s foreign policy cabinet, pointed out this morning on ATV’s Start, one reason that Romania has so much difficulty joining the Schengen nations is its earlier decision to offer Romanian citizenship to residents of Moldova. If the estimates of the number of people in Ukraine who now hold Hungarian citizenship legally or illegally as well as those who may apply for citizenship in the near future are at all accurate, it might mean an eventual exodus of as many as 120,000-150,000 people from Ukraine where the current political and military situation is grave. As the Ukrainian-Hungarian Miklós Kovács, whom I quoted yesterday, said today in an interview with György Bolgár of Klubrádió, a newly granted Hungarian citizenship is like Noah’s Ark for Ukrainians. These people are convinced that a flood is coming that will engulf the country in the form of the Russian army. In this case, they will have a means of escape. 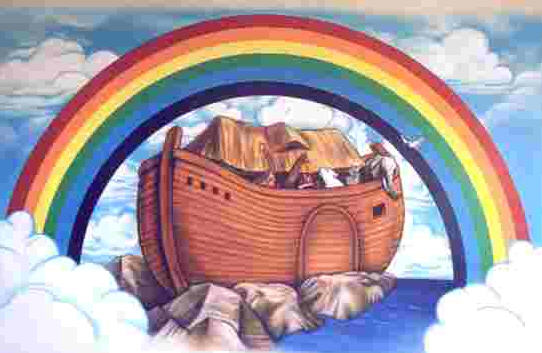 For the time being there are no comparable problems in Serbia, but the country is in terrible financial straits and it looks as if Serbia will not be able to join the European Union any time soon. There are 250,000 Hungarians living in Serbia, in addition to all those non-Hungarians who can easily find an ancestor who was a citizen of Hungary before 1920. A fair number of those who took out Hungarian citizenship plan to use the Hungarian passport as a way to get to Western Europe.

In his second article Bálint Szalai gave more details about how the whole scheme works. As I wrote yesterday, right after January 2011 the government set out to acquire as many new Fidesz-friendly citizens as possible. Semjén appeared from time to time to triumphantly announce the latest figures. As it stands now, 654,534 people have applied for Hungarian citizenship since the beginning of the program.

Altogether only 20,867 applications have been rejected since January 1, 2011. These rejections most likely took place after March 2013 when the rules were tightened somewhat. Prior to that date even village notaries or mayors were allowed to grant citizenship, and we know they could easily be bribed. After March 2013 only government offices of járások, sub-units of counties, could handle citizenship matters. Instead of many thousands of offices, an applicant could get a passport at only 300 locations. That meant that the price of Hungarian citizenship went up considerably. The village notary might be satisfied with 500 euros, the officials higher up wanted more. And with tighter scrutiny corrupt officials could no longer approve every case that came to them. They had to be selective. Nonetheless, according to the article, people close to this business venture estimate that 30% of these phony cases still go through.

The Index articles obviously hit home in government circles. Suddenly the authorities became vigilant. The Kemecsei Járási Hivatal (Szabolcs-Szatmár-Bereg) just informed the county police headquarters that a twenty-one-year-old Ukrainian man tried to get citizenship in their office although he does not speak or understand Hungarian. The poor fellow picked the wrong time.

There might be a lull in the sale of Hungarian citizenship, but unless the whole procedure is tightened up the problem cannot be solved. Tightening up means abandoning the “simplified” procedure that was adopted for the sole reason of getting votes for the Fidesz government. Citizenship is a serious matter; it should involve a thorough background check that takes time. I doubt, however, that the present government is willing to be that scrupulous. Their “unification of nation” factory has a fast-moving citizenship assembly line with virtually no quality control. And hence the fraud will continue. It might just cost a little more money for the hopefuls.

The Hungarian government has been actively recruiting new citizens from the neighboring countries, presumably to add to their vote total at the next national election. In order to be eligible for citizenship a person must have at least one ancestor who was a Hungarian citizen. He must also have some knowledge of the Hungarian language.

The first requirement is easy to fulfill. Everyone who lived in Greater Hungary was automatically a Hungarian citizens regardless of his ethnic background. The second requirement would seem to be a bit tougher. Learning a new language in a few months is a pretty hopeless task. However, as we will see, even that is no problem for those who are well schooled in the world of corruption. And the region’s citizens definitely are.

It seems that the hotbeds of corruption with respect to falsely acquiring citizenship are Serbia and Ukraine. For Serbian and Ukrainian citizens, getting Hungarian citizenship opens the door to the European Union’s job market. It allows people to visit the United States and Canada without a visa. It’s no wonder, then, that more than a third of Serbia’s Hungarian community, almost 92,000 out of  251,000 people, applied for and received Hungarian citizenship. Even Serbs who, although they may have had ancestors who were Hungarian citizens before 1918, don’t speak a word of Hungarian, are now bona fide Hungarians. Perhaps not even their ancestors, who lived in all Serbian-inhabited villages in the Bánát-Bácska region, knew any Hungarian.

After the government expanded the qualifications for Hungarian citizenship, several language schools opened in a great hurry in Serbia. These schools guarantee that in three months their students will be able to pass the Hungarian language exam. If someone cannot attend in person in Belgrade, Novi Sad or Subotica, he can always join the lessons via Skype. Apparently, the entrepreneurs who run these schools have friends in high places in the Hungarian administration who supply them with both questions and answers. The applicants have only to memorize a few sentences, and within a few months they are Hungarian citizens. Naturally, these people have no intention of either voting or staying in Hungary. At the first opportunity they will be somewhere in Germany or the United Kingdom. Recently a friend of mine encountered a Serbian woman at a party in New York. She came here as a new Hungarian citizen but spoke not a word of the language of her new country. But even those who are fluent in Hungarian are most likely interested in job opportunities somewhere west of Hungary.

Apparently the situation is no better in Ukraine. There businesses were set up to handle applications. Mind you, the price is steep–5,000 euros, but the result is guaranteed. If there are no ancestors with Hungarian citizenship, no problem. These outfits even manage to forge birth or christening certificates. Again, corrupt officials on the Hungarian side expedite matters. Although the applicants are supposed to appear in person for the swearing-in ceremony, these officials even allow others to stand in for them. These Ukrainian businesses openly advertise on the Internet. The most impressive is this particular site.

For more money–9,000 euros–even Russian citizens will have a chance to become Hungarian citizens. The people who are running this racket are so sure of themselves that they offer a “money back guarantee.”

They can also help those who want to acquire the Hungarian equivalent of a green card by investing 250,000 euros in Hungarian government bonds. The Orbán government is so eager to put its hands on cash that it welcomes wealthy investors who want to settle in the country. Apparently there are a fair number of takers. The Ukrainian companies that assist these people promise that they don’t have to pony up the whole amount. A 20,000 euro deposit will suffice. Naturally, the Hungarian government officials in charge of the program hotly dispute these questionable practices. They claim that out of the 430,000 applications, 11,000 were denied.

In Romania there is a very large Hungarian minority of 1.2 million, out of which about 300,000 asked for Hungarian citizenship. Hungarian leaders in Romania claim that “it is not Hungary that is so attractive but Hungarian citizenship” because with a Hungarian passport it is not only easier to get a job in Western Europe but Hungarians can migrate anywhere within the European Union. Citizens of Romania and Bulgaria are still subject to restrictions, for example, in Austria, Germany, the Netherlands, Belgium, Luxembourg, Spain, France, Malta, and the United Kingdom.

I read several stories that highlight this trend among Hungarian Romanians. About a month ago a short article appeared with the title “Fidesz empties Transylvania.” It is about the quickening pace of emigration of Hungarians to western countries from Romania. The author tells stories about her acquaintances in Transylvania who spend a few days in Budapest to get a passport and in no time are on their way abroad in search of a job. So, the author concludes, Fidesz  might get a few thousand extra votes, but in the long run the size of the Hungarian minority in Romania will shrink due to emigration.

What if someone can’t come up with Hungarian ancestors and is incapable of learning some Hungarian? Especially if they are from Balkan countries south of Serbia. There is an agency that can handle this situation too. Men can “purchase” Hungarian, mostly Roma, wives for 150,000 forints. Well, that is what the women get. Those who arrange these marriages apparently receive millions. Enterprising Hungarians make preparation for the marriages between these women and men from Serbia or other countries in the Balkans. The “weddings” take place in Subotica and from there the grooms are off to Germany or some other western European country. A couple of months later the brides return “as if nothing happened,” says the Hungarian official. Although it happened in the past that the girl was left high and dry in Germany and the family had to scrape together the money to get her home. And don’t think that this is not a widespread practice. Just around Kiskunalas officials are aware of at least 100 cases.

So, these are some of the consequences of the Orbán government’s decision “to unify the nation.” As Attila Jakab, originally from Transylvania, wrote today in Galamus, the notions of nation, state, and citizenship have completely lost their meaning.