Yesterday by 11 a.m. it became clear that there was no chance of an electoral alliance between the socialists and the representatives of the Demokratikus Koalíció. Perhaps there never was because, although Attila Mesterházy only a few hours before this final meeting gave a 50-50 chance of reaching an understanding, I suspect that the decision had already been reached to reject the DK proposals.

Shortly before the meeting Mesterházy claimed that his party hadn’t formulated its position on Ferenc Gyurcsány’s participation in the campaign and his advocacy of a common party list. However, most of the DK demands eventually put forth had been known for at least a week, and I assume that the socialist leadership was fully aware that Gyurcsány’s person would be on the agenda in one way or the other.

As it turned out, DK had seven demands: (1) there should be joint MSZP-DK candidates; (2) the number of districts should be based on the principle of proportionality; (3) DK should receive nine districts, three of which should be winnable, three hopeless, and three uncertain; (4) on the list a DK candidate should occupy every eighth place, again on the basis of proportionality; (5) the person of the candidate should be decided by each party; (6) MSZP should receive the first and DK the second place on the list although if MSZP doesn’t accept this DK is ready to consider their counter-proposal;  (7) DK’s top place on the list should go to the chairman of DK. So, DK was not adamant about the second place but certainly wanted Gyurcsány to be on the best DK place whichever that would be.

MSZP wasn’t in a negotiating mood. Their demands reminded me of Austria-Hungary’s ultimatum to Serbia in 1914, which was formulated in such a way that the Monarchy knew that there was no way Serbia could accept it. MSZP offered four districts to DK, none of which was winnable. Instead of every eighth place on the list, MSZP was only willing to place a DK candidate in every twenty-fifth. According to electoral mathematics, the largest number of seats the opposition can win from the list is fifty, which would mean that only one or two DK candidates would receive mandates. In addition, DK couldn’t represent its own political ideas and would have to follow the MSZP-Együtt14 line. MSZP didn’t want anything to do with Gyurcsány and, when pressed, it turned out that they also didn’t want to see Ágnes Vadai, Csaba Molnár, or László Varju anywhere near the campaign. (In addition to Gyurcsány these three people represent DK in the Hungarian media.) MSZP would have veto power over any candidate put forth by DK but DK wouldn’t have the same veto power over the MSZP candidates. This was unacceptable to the DK negotiating team.

If you recall, MSZP in January was the prime proponent of joint action with all democratic parties and groups while Együtt 2014 was stepping back from close cooperation with MSZP. They were undoubtedly afraid that Attila Mesterházy was planning to seize the opportunity to lead the future coalition. E14 decided to postpone further negotiations in the hope of gathering more support. Precious months were wasted in what turned out to be a futile effort. So, came the compromise agreement of no common list but common candidates. Some politically savvy people consider the agreement a very good idea while others view it as a failure and an indication of weakness and discord.

Együtt 2014 with its 6% of the electorate came out the real winner with 31 districts. MSZP didn’t fare as well (75 districts), especially since it was the socialists’ burden to reach an understanding with the other smaller parties. Of the three parties only DK has measurable support. We are talking about 100,000-150,000 voters for DK while MSZP has about 1.2 million. If we look only at these numbers DK’s demands sound reasonable. The real aim of the opposition, however, is to convince the large block of undecided voters. We don’t know the party preferences of about 40% of the electorate. The opposition parties’ real goal is to attract this large group to their ranks.

And here the socialists and E14 are convinced that if they embrace Ferenc Gyurcsány and DK they will attract fewer people from the ranks of the undecided. József Tóbiás in an interview yesterday disclosed that the party had conducted a poll that was designed to measure the effect of cooperation between MSZP and DK. The poll revealed to the party leadership that they would lose more votes with Gyurcsány than they would gain. This finding lay behind their decision. If this poll correctly measures the effect of a joint MSZP-DK ticket, then MSZP’s decision was logical. Of course, we know how a wrongly formulated question can distort the results.

Naturally this poll reflects only the current situation. One doesn’t know how MSZP’s rather abrupt negative attitude toward the other parties and groups will affect MSZP’s standing or the electorate’s attitude toward DK. It is possible that they will consider MSZP too high-handed and uncompromising and DK an underdog. They may think that MSZP is not serious about unity, not resolute enough in its determination to unseat Viktor Orbán and Fidesz. 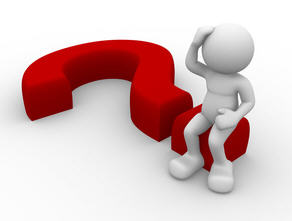 One could also ask MSZP whether the poll inquired about those possible voters who under no circumstances would vote for MSZP, because apparently they are also numerous. What about those who think of E14 as a party with no well defined political agenda? Only yesterday Szabolcs Kerék Bárczy, the last spokesman of Ibolya Dávid’s MDF, complained about Együtt 2014’s lack of political coherence. He pointed out that although E14’s avowed aim is to attract liberal conservatives, there is not one conservative in its ranks. Moreover, how can these people be attracted to a group whose members often applaud Orbán’s nationalization or who make statements against free markets and competition? Kerék Bárczy is thinking here of some people in the PM group with their decidedly leftist views of the world. Liberal conservatives, he says, will not vote for either E14 or MSZP. Because it looks as if MSZP is going to make a sharp turn to the left since some party leaders claim that MSZP’s failure stemmed from its move toward liberalism under Ferenc Gyurcsány’s chairmanship.

Kerék Bárczy doesn’t understand why MSZP nine months before the elections suddenly stiffened its attitude and refused to negotiate with anyone. He puts forward the question: what will happen if the poll numbers change as a result of these failed negotiations and a serious attempt by DK to attract more followers? What will E14 and MSZP do? Renegotiate their agreement? It will be difficult to change course without losing face.

It is time to talk again about the opposition parties, especially since next week Együtt – A Korszakváltók Pártja (Together-Party of the New Age) will begin negotiations with MSZP. In case you have no idea who on earth is behind this “new party,” this is the same old Együtt 2014-PM Szövetség (Together 2014 Alliance) that was established months ago by Gordon Bajnai, Péter Juhász of Milla, Péter Kónya of the Solidarity Movement, and the former members of LMP who decided to join Együtt 2014.

But what happened to the party’s name? It took the court that was supposed to give its blessing to the name seventy days of deliberation to decide that the name proposed by Bajnai-Juhász-Kónya was unacceptable for at least two reasons. First, a few days before the Együtt people proposed the name of their movement a couple of people had already turned in a request for the name. Second, the court objected to the word “szövetség” (alliance), although Fidesz’s official name is Fidesz Magyar Polgári Szövetség. So, the group around Gordon Bajnai “temporarily” adopted this ridiculous sounding name. The way the registration of this party is proceeding it could easily happen that by the time elections roll around the party will still not be a party. Bajnai of course tries to act as if all these name changes didn’t matter, but of course they do.

While the hassle over the party’s name was going on Péter Juhász, head of the virtual Milla movement, gave a press conference in which he compared Ferenc Gyurcsány to Viktor Orbán as symbols of oppressive regimes and corrupt politics. Juhász went so far as to call the pre-Orbán times part and parcel of “the current mafia-government.”

Well, this was too much for the fiery Ágnes Vadas (DK), who addressed an open letter to “Dear Gordon” in which she inquired from him whether he approves such statements from his co-chairman. After all, in this case “you must have been a minister of this oppressive regime for three years; you accepted a position in the government of a man who put an end to democracy in Hungary and you served without raising your voice against this corrupt regime that was in the hands of a political mafia.” The letter is politely but strongly worded. Vadai wants to know what Bajnai thinks of Juhász’s attack on Ferenc Gyurcsány. As far as I know, no official letter reached Vadai as of yesterday, but Bajnai tried to explain his own position without completely distancing himself from Juhász.

Juhász has been the target of severe criticism from many quarters, and criticism was also leveled against Gordon Bajnai for getting involved with him. Back in November 2012 a portrait of Juhász appeared in Origo with the title “A good-for-nothing  activist.” Not the best recommendation for an important post at a crucial junction in Hungarian political life.

Since then others have joined Ágnes Vadai in their condemnation of Péter Juhász. Blogger “Pupu” wrote that he considers Juhász an agent of Viktor Orbán. Another popular blogger, Piroslapok, is less harsh; he doesn’t consider him an agent, just a not very smart man who likes to moralize using false postulates.

Others, like Ferenc Krémer, describe him as a dangerous dilettante who stands in the way of unity in the opposition camp. Juhász makes assumptions about “the political usefulness” of certain strategies without knowing much about the intricacies of the present political situation. In the last few months he succeeded only in driving a wedge between the different opposition parties. So, says Krémer, Juhász is serving the interests of Fidesz because the government party wants to have open disagreements in the opposition camp. According to several commentators, the best solution for the opposition would be the removal of Juhász from Együtt 2014. Then he could expound his theories as a private person. These commentators are sure that the right-wing media would welcome him with open arms.

It seems, however, that Gordon Bajnai is not ready to get rid of him. Or at least this is what he said at a meeting of the Budai Liberális Klub where he had a conversation with Zsófia Mihancsik.  But Bajnai ought to realize that the democratic opposition shouldn’t in a servile fashion follow “the narrative of Fidesz,” which also includes Viktor Orbán’s desire to push Ferenc Gyurcsány into the background.

Meanwhile Együtt 2014 or whatever it is called now is languishing  just as MSZP, LMP, and DK are. Why? Not because people are worried about whether Gyurcsány is part of the joint opposition but because they see disunity, confusion, and a struggle for primacy.

Yesterday Együtt 2014’s visits across the country ended in Budapest. Bajnai had earlier refused to negotiate with MSZP because he first wanted to undertake a campaign tour that was supposed bolster his and his party’s popularity. Ipsos’s May poll results don’t show any great change. In fact, the party dropped from the 4% support it had in April to 3%. I doubt that the June figures will be very different. Yet Bajnai is still stalling. Yes, he will start talks “next week” but the conversations will begin only on Friday. What on earth is he waiting for? A miracle? It won’t come, especially if he sticks with Péter Juhász for much longer.