I’m not sure that I will be able to come up with a complete list of new institutes the Orbán government has established in four years, but to the best of my recollection there were at least six. The most notorious is the Veritas Historical Institute headed by Sándor Szakály, whose name became known even abroad in the last few months in connection with his opinions on the Holocaust. But the institution that is supposed to study the change of regime of 1989-1990 is just as outrageous because Viktor Orbán named Zoltán Bíró, a right-winger active on Echo TV, as its head. I can well imagine what kinds of publications Bíró’s crew will come out with. Then there is a new institute studying the national strategy of the country. It is headed by Jenő Szász, the favorite Szekler politician of  János Kövér. After Szász became a burden for Orbán and László Tőkés, he was compensated with a research institute of his own in Budapest. What he and his colleagues are doing besides receiving handsome salaries, no one knows. And we mustn’t forget about the Committee on National Remembrance whose job, as far as I can see, will be to mete out punishments for sins committed during the Kádár period.

There are also institutions set up as parallel organizations to already existing ones but designed to represent the political right and to reward pro-government members of the intellectual elite. New organizations represent right-leaning actors, writers, and artists.

On February 28 the government announced the creation of a Hungarian Language Strategical Institute. The new institute will open its doors on April Fool’s Day, a fact that was not missed by the great majority of linguists who are baffled by the whole idea. I might add that the new institute, just like Veritas, will be supervised by Viktor Orbán’s right-hand man János Lázár. Lázár is the government’s jack of all trades: he supervises historical studies and linguistics, and he is rapidly becoming an expert on the Holocaust.

I have always been interested in language. At one point I was even toying with the idea of becoming a linguist–at least until I encountered some members of ELTE’s Department of the Hungarian Language. In any case, I usually pay attention to what’s going on in the field and know that there is a huge divide between those who consider themselves “real” linguists and those who are called “language cultivators” (nyelvművelők). The former consider language a living organ that changes constantly over time and that needs no conscious cultivation. The cultivators are enemies of foreign words and their adoption; they are convinced that the language is under siege by modern technology; they are certain that the Hungarian vocabulary is shrinking; they want to change speaking habits to conform to the “right rules” even if the majority of the population uses a different set of rules.

Language cultivation was a favorite pastime during the Kádár regime. Lajos Lőrincze was the high priest of the series “Édes anyanyelvünk” (Our sweet mother tongue). In the last twenty-five years, however, the cultivator linguists had to take a back seat to those who are convinced that the best thing is to leave language alone.

Naturally Viktor Orbán sympathizes with the language cultivators and bemoans foreign influences on our sweet mother tongue. In fact, already during his first term as prime minister he declared war on foreign words on store fronts. A decree was enacted that would have required store owners to change certain words in their stores’ names. But Orbán left and with him the idea, and the decree, died a quiet death. Now he is reviving an old idea on an even grander scale. 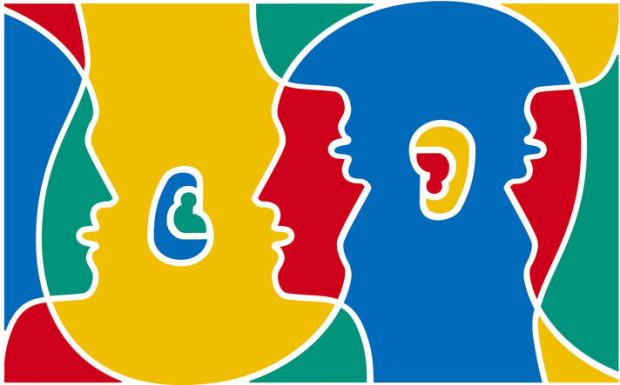 Reactions to the establishment of the Hungarian Language Strategical Institute are almost uniformly negative, with the notable exception of Géza Balázs, a professor of linguistics at ELTE who seems to be an ardent “language cultivator.” Even the usually servile József Pálinkás, president of the Hungarian Academy of Sciences, is no fan of the idea. Margit Fehér, a journalist working for The Wall Street Journal who wrote an article about this latest brain child of Viktor Orbán, asked Pálinkás for his opinion on the institute. To my great surprise he sent the following answer back to Fehér: “To me, the government decree means that the 20-strong institute will operate not as a home for scientific research but as a central bureau of the Prime Minister’s Office which coordinates the preparation of materials to be written at the government’s order for its decision on the language policy and language cultivation.” Pálinkás went even further when he stated that “It’s hard to draw a parallel between an institute that functions as a state office and an institute that conducts scientific research.” It seems as if Pálinkás is getting fed up with Orbán’s government taking over more and more functions that were previously under the jurisdiction of the Academy.

I managed to find an old article by Géza Balázs from 2011 entitled “A sketch of a possible language strategy” which may be the rationale for this institute. He talks at length about “the erosion of the language,” especially in the field of science where access to all material is a fundamental human right. I’m pretty sure that the use of English terms, especially in computer science, irritates Balázs and his fellow language cultivators. In the past, he argues, it was all right to let the language develop organically, but in our fast-moving world with all these rapid changes we cannot be lackadaisical about the state of our language.

Although Margit Fehér quotes only Ádám Nádasdy’s opinions in her English-language article, she notes that “most linguists received news of the government decree with raised eyebrows and disapproval.” Even the official Institute of Linguistics of the Hungarian Academy immediately launched a website where they collected opinions on the new institute and newspaper articles dealing with the subject. They all seem to be negative. Of course, this latest Orbán move reminds everybody of Stalin and his dabbling in linguistics in the 1950s. As Nádasdy said, “the government may decide what it is willing to dish money out for, but that doesn’t make it linguistics. We are not the Soviet Union of the 1930s, where Stalin decided what makes science and what not.”

Finally, let me do a little advertisement for Ádám Nádasdy. A few years ago he delivered a lecture on how language changes at the Mindentudás Egyeteme (university of all knowledge). It is a pleasure to listen to him because he is an excellent lecturer. After his lecture you will understand his strong opinions on “language cultivation.”