I would like to talk a bit more about Attila Mesterházy’s article in yesterday’s Népszabadság where he outlined changes that in the party leadership’s opinion are vital in order to rectify Viktor Orbán’s mistakes.

There are so many problems with Viktor Orbán’s vision of the future that one doesn’t even know where to begin. But here let’s focus on education. It is a well established fact that in today’s society, especially in countries that are poor in natural resources or are not flush with ready capital, the best investment a government can make is in education. It is also becoming evident that old-fashioned teaching methods are ineffective in the twenty-first century.

Viktor Orbán has definite ideas about the role of education in Hungarian society. He envisages a small, highly educated elite, let’s say 12-15% of the adult population. The rest of the population ought to be satisfied with a high school education or even less. In Viktor Orbán’s view of the world, everybody has his place. “Mediocre” students, even if they could be admitted to university on the basis of entrance exams, shouldn’t even bother to apply because only the very best deserve a degree. That kind of thinking led the current administration to lower the compulsory school age from eighteen to sixteen.  I don’t think they ever asked what the sixteen-year-old “drop-outs” will do after they leave school. Surely, they will add to the unemployment rolls.

In Orbán’s Hungary less money is spent on education than during previous administrations, which is a real disaster because even in previous years only about 5.2% of GDP went to education. The number of students entering college this year dropped considerably because of the introduction of very high tuition fees. All in all, Orbán’s Hungary is marching in the wrong direction in education as in so many other areas.

Although some of Mesterházy’s 15 theses enumerated in the Népszabadság article are vague, the section dealing with education is quite explicit. The persons in charge of party policy on education are István Hiller, former MSZP minister of education, and Ágnes Kunhalmi, an energetic and self-possessed young woman. Hiller, a former university professor, is mostly interested in higher education. He is normally the spokesman of the party when the Orbán government’s policies affecting higher education are being discussed in the media. Kunhalmi specializes in the equivalent of K-12 education. When I say she is young, I don’t exaggerate. She graduated from high school in 2002. She’s a new face in MSZP and a bright one, as is clear from an interview with her a few months ago in 168 Óra. I assume that the ideas Mesterházy shared with his readers on questions of public education come at least in part from Ágnes Kunhalmi.

As I said, Mesterházy is quite specific about trying to equalize educational opportunities in Hungary and to improve the overall quality of teaching. Currently there are huge differences among schools. A few are excellent and produce students who year after year receive prizes in international competitions. Most schools are mediocre. But then there are those whose graduates can barely read and write. For the most part teaching in Hungary is uninspired and uninspiring. In order to overcome this, it seems that MSZP is ready to adopt an interactive approach to teaching. At least this seems to be the message of Mesterházy’s reference to the Hejőkeresztúr model.

The model is actually an adaptation of a method of teaching that was developed at Stanford University. Thanks to the U.S. Embassy in Budapest, the principal of the school had the opportunity to get acquainted with the method and was so impressed that she decided to try out it out in her own school. Hejőkeresztúr is a very poor village a few kilometers from Miskolc where 90% of the adult population is unemployed. A great number of the children attending the Hejőkeresztúr elementary school are Roma. While we often hear about serious behavioral problems elsewhere, in Hejőkeresztúr children love going to school and do very well. They all eventually attend high school and actually matriculate. There is an article about this by now famous school in Népszabadság. Several private firms and individual donors help the school financially. 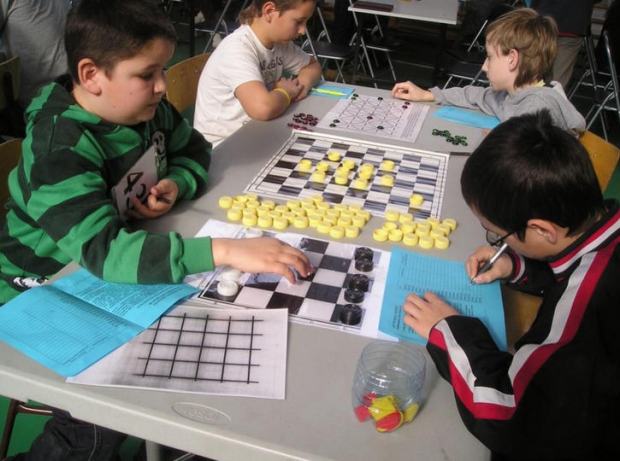 The idea behind the Stanford method is to replace ineffective passive learning with engaged learning. Actively working on a problem, especially in teams, has all sorts of benefits.

In the past the majority of teachers resisted change. Now it seems that MSZP is ready to stand behind a thorough educational reform. Mesterházy is quite explicit: “We will break with old-fashioned retrograde methods of teaching and will move on to the modern, child-centered interactive teaching that has been successful in other developed countries.” That is a real commitment that I haven’t heard before from MSZP politicians. I do hope they mean it.