Before I embark on the Orbán government’s latest strategy for Hungarian higher education, let me briefly introduce the past and present cast of characters tasked with overseeing universities. The first major change in Hungarian education under the Orbán regime was to nationalize all the public schools that hitherto had been the responsibility of local communities. This task fell to Rózsa Hoffmann (KDNP), whose idea of a good school hearkened back to the second half of the nineteenth century: rote learning, discipline, uniformity. The government created a mammoth organization to administer these schools. It was the new employer of teachers nationwide, who thereby became state employees. Hoffmann was also responsible for higher education, but here she was even more obviously found wanting. Viktor Orbán, I think, would have been happy to relieve Hoffmann of all her duties, but it wasn’t that simple. She was one of the few Christian Democrats in the government. So a compromise was reached. Hoffmann remained undersecretary for pre-university education, and a new position was created for István Klinghammer, former president of ELTE, who took care of higher education.

Klinghammer was entrusted with a complete overhaul of the system, and within a year and a half he had apparently drafted a respectable proposal. The strategy was accepted by all those concerned, including all the college presidents. It sounded rather promising until László Parragh, president of the Hungarian Chamber of Commerce and Industry, vetoed the plan in November 2013.  And Parragh’s opinion is of great importance because he has Orbán’s ear when it comes to “practical education.” The government should invest money only in fields of study that will create something material that adds to economic growth. Apparently, the other “expert on education”–Zoltán Balog, minister of human resources and a Calvinist minister–also disliked Klinghammer’s plan. I guess it was still too liberal and not practical enough. Klinghammer’s proposal was not even submitted to the cabinet. He was unceremoniously dropped.

In 2014 came the new Orbán government and with it a new undersecretary in charge of higher education, László Palkovics. I have the feeling that in Palkovics Orbán found his man. He is an engineer with a distinguished academic career who in 1995 left academe to hold important positions in Hungary and Germany at Knorr-Bremse, a manufacturer of braking systems. At the same time he is a loyal Fidesz man who is always ready to answer a call from Viktor Orbán. Since for Orbán only the practical aspects of higher education are important, a man who in his career often combined academe with business was a perfect person for the job.

Palkovics gave a long interview to Index from which it became evident that the man can think only in terms of his own field. All his examples came from engineering. Moreover, he vowed that “the state will not finance useless diplomas.”

If I understand Palkovics correctly, universities should be centers of research and development financed by private companies. Currently, private companies and universities apply together for certain state and EU funds, “but the question is how useful these projects are for the university or the economy. … Because this kind of cooperation is only beneficial if they produce actual products that can have market value.” At the moment the faculties don’t quite understand what their role will be in this new reality. He explained that they should produce not just a “study” but a “mechanical drawing.” Palkovics expects the universities to “fill the holes in their budgets” after there are no more EU projects. 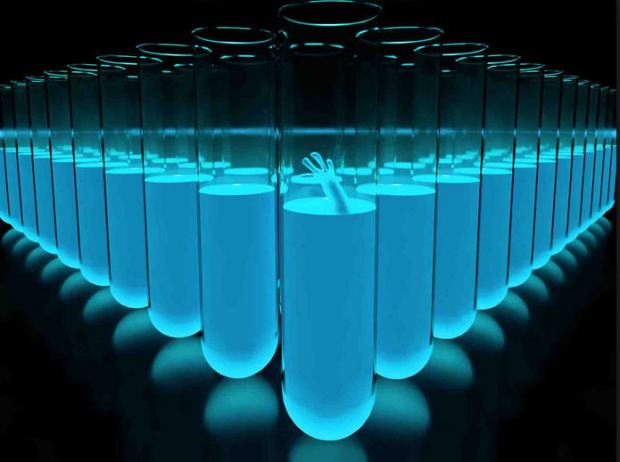 Apparently the bulk of Palkovics’s 77-page proposal on the future of Hungarian higher education is about such schemes. So, it’s no wonder that the reporter asked what will happen to universities teaching the arts and social sciences. “They will not be able to develop marketable products.” Palkovics sees no problem here whatsoever. It seems that “this strategy can be applied to all fields,” but we get no answer about how this will be implemented in the real world. In Palkovics’s simple utilitarian view, teachers or social workers are useful only because of their indirect impact on economic growth. So, we can ask, are philosophy professors useful? Do they have any impact on economic growth? If not, perhaps philosophy departments can simply be phased out. Philosophers tend to be political troublemakers anyway, so their disappearance would only be a boon to the Orbán government.

On Palkovics’s watch entering college or university will be tougher than it is now. Perhaps the greatest hurdle will be the command of a foreign language on a fairly high level. Palkovics downplays this obstacle. In his opinion, “anyone who cannot pass an intermediate language exam after eight years of elementary school and four years of high school is just lazy.” But a few seconds later he indirectly admitted that he himself did not manage to learn a language in high school. As he said, he “learned three languages completely on [his] own as an adult without teacher or school.”

No free education, he said, should be provided for anyone who after graduation must be satisfied with a job that is beneath the level of his educational attainment. And he comes up with a telling joke: “What does an unemployed guy with a B.A. ask another fellow with a B.A.? –May I serve it with a bigger coke and a bigger potato?” Here he is targeting not allegedly unqualified students but fields of study. I take his statement to mean that no free education should be provided for anyone who wants to major in a field for which there are no readily available jobs. I assume he would argue that engineers can always be employed, art historians may end up flipping burgers. STEM (science, technology, engineering, and math) is in, the arts and social sciences are by and large out.

While it seems that fewer Hungarian students will be admitted to university in the future, Palkovics is looking forward to an even bigger influx of foreign students which is, by the way, quite high right now: 7.5%. He wants to increase their number twofold “to fill the capacities” from which the Hungarian “inferior” students are barred.

I don’t know how you feel reading all this but I shudder. While according to a high school teacher in Pécs “the government wants to create talking robots” out of children between the ages of 14 and 18, Palkovics is designing a higher education system that will, I fear, produce what Hungarians call “professional barbarians” who have no background in the arts and social sciences and whose job will be to provide industry with mechanical drawings. And since Hungary doesn’t need an abundance of these barbarians, paying foreigner students will fill “the capacity.” A horrid world is opening up in front of our eyes. And yes, Palkovics is the perfect man to help further Viktor Orbán’s state where people produce things and think mighty few “unproductive” thoughts.