Today I would like to cover three topics. First, it is D-Day for smokers since as of today only tobacconist shops can sell cigarettes. Second, we have the results of the latest opinion poll on the standing of the parties and politicians. And third, Viktor Orbán gave a speech to Hungary’s ambassadors this morning.

Why do I start with the tobacconist shops? Because I have been convinced for some time that the government’s decision to restrict the number of outlets where tobacco products can be purchased will turn a sizable portion of the population against the government. The adverse effects of the decision will be especially pronounced in those rural areas where Fidesz has traditionally been strong.

Until now one could buy cigarettes in 40,000 shops, from department stores to corner groceries. As of today there are a mere 5,000 outlets. This “downsizing” will create dislocations and inconvenience for smokers. Then, just think of the 4,000 small boroughs where no cigarettes at all will be available.

Until today Hungary’s smokers didn’t feel the brunt of the new system of tobacco distribution because the old outlets were given a two-week grace period during which they could sell down their inventory. But all this ended at midnight. From here on there is no mercy. And for many no cigarettes either.

The first report on the mood of the villagers who have to go as far as twelve kilometers for cigarettes came from Zsolt Kácsor, the Debrecen stringer for Népszabadság. He visited three villages in the County of Bihar where passions are running high against the government. In one of these places the owner of the pub (kocsma) described her customers’s reaction as one of “rage.” The mayor of another village (population 600) delivered the following little speech: “No one ever f..cked the poor people over as much as Orbán and his friends are doing. Write it down word for word. I don’t even care if they hang me. Write it down that I haven’t witnessed such f…ing screwing of the people in 78 years. He even prescribes from which angle I should watch the stork’s nest.” And the public workers around him were nodding in agreement. So, it is not only the lack of cigarettes that bothers the old gentleman but also, or perhaps even more, the government regulations that intrude into his personal sphere. He feels that his personal freedom is being violated. 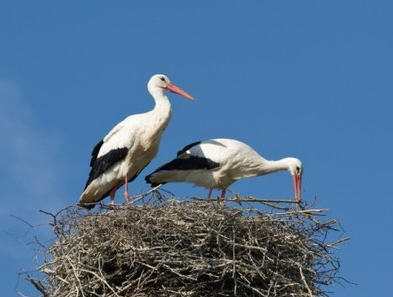 The reporter visited two other villages in the area that have no cigarette shop. In one of them he talked to guests at the local pub. They are all outraged. It turns out that the closest shop is only three kilometers away, but there the local Fidesz mayor got the concession to run the tobacconist shop. One of the customers swears that he will not buy cigarettes from him. He may not need to since he easily manages to find smuggled Ukrainian cigarettes, which are cheap. He pays 450 forints for a pack; the Hungarian price is about double that.

I think that the Orbán government’s decision to make 5,000 party faithful rich will cost a lot in votes next year. And that takes me to the latest poll by Ipsos, although the numbers are not at all interesting. They are practically the same as last month and the month before. There is, however, a handy Ipsos graph that gives figures for both party preferences and politicians for the past few years that readers of Hungarian Spectrum might find informative.

These latest results certainly don’t deserve the ovation with which Magyar Nemzet greeted them. Their headline reads: “Fidesz devastates its opponents, Bajnai is nowhere.” There is no reason for such exuberance, especially since still only 28% of the adult population want this government to continue in office. But the opposition cannot rejoice either since 62% are dissatisfied with the opposition. So, unless there is some dramatic change in the strategy of Együtt 2014 and MSZP it could easily happen that although the majority of the people wish Viktor Orbán and his government straight to hell, Fidesz-KDNP will still win the elections. Although the Bajnai and Mesterházy teams met today, they seem to be in no hurry to create a viable opposition.

And finally, I would like to focus on a couple of sentences that Viktor Orbán uttered today. He gave a speech to the Hungarian ambassadors who once a year gather in Budapest to hear the prime minister’s words of wisdom on foreign policy. I assume that the complete text of the speech will be available on the prime minister’s website soon enough; a shorter version is already available on orbanviktor.hu. The sentences I’m interested in were not part of the speech itself, which Orbán always reads word for word. Instead, they came as an answer to a question from the audience.

According to Orbán, for the European Union to remain competitive it must find an accommodation with Russia. This is a difficult proposition because Russia is not a democratic country. “However, we must understand that for Russia it is not democracy that is the most important consideration but rather how the country can be kept intact.” Moreover, an alliance between the European Union and Russia is not an easy proposition for the countries of Central Europe because “if one reads about a rapprochement between the European Union led by Germany and Russia then one will go to the window to see whether the children are still playing in the backyard.”  I don’t think I need to add anything here, except to ask why this constant needling of Germany is necessary. Sooner or later German patience will run out.