Perhaps there is hope yet for investigative journalism in Hungary. When in the mid-1990s I first encountered an article that was supposed to uncover corruption in the police force I was appalled. The author didn’t seem to be aware of the most basic rules of what we used to call expository writing. Moreover, she was so sloppy that she didn’t even bother to learn the simplest facts of the case. I decided to write to her, going through her article practically sentence by sentence. As if she had been a student of mine who wrote a very, very bad essay on some historical topic. After I sent off the e-mail I was sure that I had made an enemy for life. But no, I received a very cordial answer in which she thanked me for my thorough critique of her work. We even stayed in touch for a while: I continued to criticize, and she continued to improve.

In general, however, Hungarian investigative journalism didn’t improve. Investigative articles and even books on the mostly dirty business affairs of Hungarian politicians were still sketchy and largely incomprehensible. One got the impression that the authors had only a vague sense of the complicated legal and business connections they were writing about. Mind you, they were trying to untangle business activities that were intentionally designed to be inscrutable.

So I was happy to read an article in Index by Miklós Jenei the other day that seemed to have uncovered more about a company’s questionable business practices in a couple of weeks than the National Tax and Customs Administration of Hungary (NAV) managed to do in years with its 23,000 employees.

Jenei decided to focus on sugar because András Horváth, the whistleblower at the Hungarian tax authority, mentioned sugar as one of the favorite commodities of the VAT scammers who make millions if not billions by reclaiming their non-existent value added taxes. He visited quite a few large supermarkets and compared prices. He found a Slovak-Hungarian brand called Sovereign which cost 20-30 ft less than the others. This particular brand was produced by Sovereign Slovakia s.r.o. and was sold at Tesco, Lidl, and some other outlets. The price of Sovereign sugar is 229 at Tesco and 200 ft at Lidl.

According to their website, the company was established in 2009 and the owner is Majorbiz Inc. (Seychelle Islands). The CEO is Ilona Ollé Agh. The reporter is fairly certain that the sugar actually comes from Hungary but that for one reason or other it is more profitable for the owners of Sovereign to transport the sugar to Okoč/Ekecs in Slovakia, a village which is almost entirely inhabited by Hungarians, for packaging.

Jenei managed to discover the wholesale price of sugar per ton by posing as a CEO of a sugar distributor. As a result, he came to the conclusion that no one can buy sugar from the factory for less than 185 forints per kilogram. The supermarkets refused to reveal the price they pay for Sovereign sugar, but our investigator figures that Tesco most likely pays 180 and Lidl 173 forints per kilogram. So, something doesn’t add up.

It turns out that over the last few years there were several companies with the name Sovereign. Several of them dealt with sugar packaging. All of them also had business interests in the sale of cars. Almost all of them had their share of trouble with the Hungarian tax authorities. And all of them shared the same address on Farkastorki utca in District III in Budapest. It is a small apartment on the ground floor. These various Sovereign businesses came and went after amassing millions in unpaid taxes. The authorities would regularly shutter the delinquent business, but within a few months a new business with a slightly different name would spring up. The CEOs also appeared and disappeared. One such CEO was Szilvia Marisz who claims that she is a bookkeeper; when Index‘s reporter finally got hold of her he could hear a baby crying in the background. Her successor was a 63-year-old fellow who had interests in thirteen companies of different sorts. Most of them are no longer in existence.

Lately a new company was registered at the same apartment on Farkastorki utca: Tull Trade Kereskedelmi és Szolgáltató Kft. Its owner is Sándor Esztocsák, who had earlier connections with Sovereign. Tull’s business was fabulously profitable. In 2010 it grossed 551 million forints, which is not bad for a company run by one man, Esztocsák, who obviously came cheap: he had the modest salary of 282,000 per year.

What is the connection between Tull and the packaging company in Slovakia? The link seems to be Jenő Rujp, head of the Sovereign Racing Team Kft, a company that also has its headquarters in the ground-floor apartment on Farkastorki utca. The company is involved with drag racing and maintains a sailing team as well as a band. The racers were badly behind with their taxes and therefore their business permit was cancelled. But no problem. They changed the name to Sovereign Sugar Hungary and Rujp ostensibly left the company. This last company with a new CEO is the distributor of Sovereign Sugar. 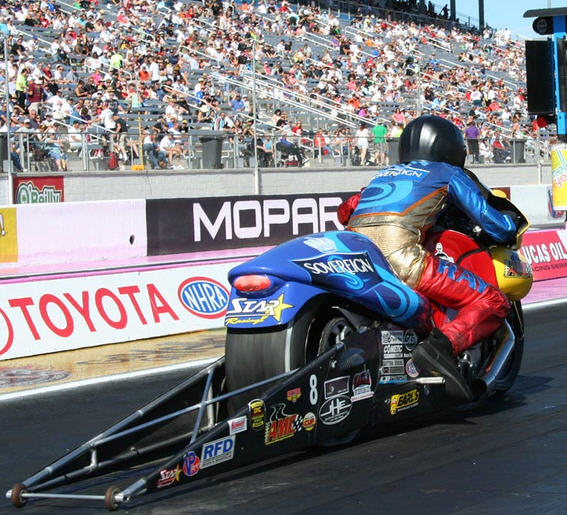 Sovereign at a drag racing meet

Quite a saga! Naturally, Index tried to avoid drawing any conclusions from the findings of Miklós Jenei, but it seems to me that the “sugar business” serves primarily as a vehicle for making enough money–thanks to major funding from the unwitting Hungarian taxpayers–to keep up the expensive habits of some of the characters in the story.