The big item in the Hungarian media today was an exchange between Chancellor Angela Merkel and Peer Steinbrück, her social democratic rival at the next German election. The scene was a yearly event called WDR Europaforum. WDR stands for Westdeutscher Rundfunk (West German Broadcasting), based in the state of North Rhine-Westphalia. The program of this year’s forum is available on the Internet. In addition to Steinbrück and Merkel, such important European politicians as Guido Westervelle, German foreign minister; José Manuel Barroso, president of the European Union; and Wolfgang Schäuble, German minister of finance, attended.

It says a lot that Hungary came up at all at such a high-level gathering. But it did and in a country like Hungary, small and deeply divided politically, its very mention at such a forum brings immediate and sometimes violent reactions at home. Peer Steinbrück, who would like to have Angela Merkel’s job, criticized the chancellor for not being forceful enough regarding Hungary’s repeated violations of human rights and democratic principles. He urged a more aggressive policy instead of CDU’s shielding Viktor Orbán and Fidesz. He wouldn’t even exclude the possibility of Hungary’s exclusion from the European Union.

Merkel naturally defended her party’s handling of the Hungarian case and warned Steinbrück that “one shouldn’t send a whole cavalry to fight a war” that may end in exclusion because that way the European Union would have no influence whatsoever on Hungarian political developments. This way there is hope to persuade Viktor Orbán to change his ways. Foreign Minister Westervelle, a liberal, concurred.

Undersecretary Gergely Prőhle interpreted Merkel’s opinion as a sign that the German chancellor “rightly expects that Hungary will choose a European solution.”  On the other hand, Népszabadság emphasized that Merkel promised that her own party, CDU, will pay close attention to Hungarian politics and that “we must do everything to change the ways of our Hungarian friends.” The editors decided to give the following headline to the news about the Merkel-Steinbrück exchange: “Only because of the leash is Hungary not kicked out of the European Union,” which may not be the most accurate interpretation of what happened at the WDR Europaforum. 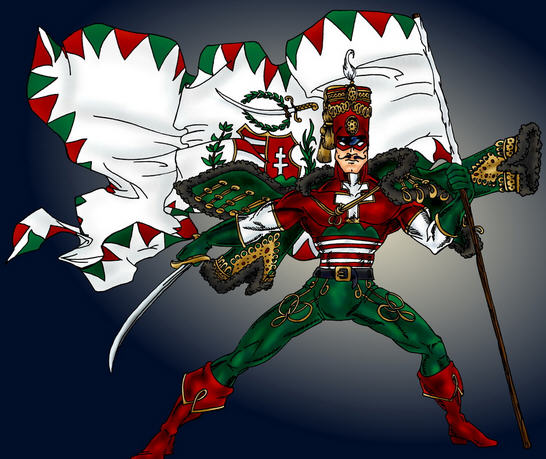 But let’s see what Viktor Orbán’s reaction was. This morning he had his customary weekly radio interview, if you can call the conversation between a subservient reporter and a dictatorial prime minister an interview. One would have thought that, like the spokesman for the Hungarian Foreign Ministry, Orbán would have been appreciative of Merkel’s defense of Hungary against her social democratic rival. But obviously Orbán’s interpretation was closer to that of Népszabadság. He read it as a threat to limit his government’s freedom of action. He most likely didn’t like the fact that Merkel, as chairman of the CDU, made a reference to her party’s insistence that Orbán not overstep the limits imposed on him by the country’s membership in the European Union.

Orbán decided to attack Merkel and Germany. He announced that “the Germans once sent the cavalry to Hungary in the form of tanks. So, our request is: don’t do it. It wasn’t a good idea then. It didn’t work out.”

Why was this attack necessary? After all, Merkel didn’t demand a cavalry attack on Hungary. Just the opposite. Moreover, why was it necessary to bring up the subject of Nazi German tanks? This was especially inappropriate from the prime minister of a country that was allied with Hitler’s Germany to the bitter end. The tanks came but there was no Hungarian resistance. All in all, it would have been better to have said nothing. I don’t know whether there will be any diplomatic fallout from this unfortunate couple of sentences, but I’m sure that the German embassy in Budapest already sent a note to Berlin reporting on Orbán’s interview.

For the edification of those who are not familiar with pro-Fidesz arguments and their tone, here is an excellent example of what Viktor Orbán has managed to achieve with his anti-European Union propaganda. The article appeared on the site of Civil Összefogás Fórum (CÖF), the so-called civic group that organized the peace marches and launched a vicious campaign against Gordon Bajnai. The author is Eszter Dunst, vice president of Women for the Hungarian Nation. Judging from its Facebook page, it’s not exactly a bustling organization.

Here are a few choice sentences from her “Dear Madame Merkel!” opinion piece. First, she tried to figure out what Merkel actually said in German about the EU’s influence on Hungary. Perhaps “auf den richtigen Weg bringen,” to which she answers, “No, thank you! Hungarians don’t allow themselves to be directed or to be driven. The Bolshevik times are over. Do you understand? Not by anyone. Not even by the Germans…. How dare you lecture us on democracy when you must thank us, Hungarians, for the unification of your country…. It was we who destroyed the iron curtain. So, what are you talking about? It is Viktor Orbán who is right and not you. You are not even fit to carry Mr. Orbán’s umbrella. … You ruined Europe twice and still come out victorious in all things. … But enough! Just because you are 80 million strong it is not at all sure that you are right. You once made such a mistake and it wasn’t even such a long time ago.* But now we are right! Do you understand? Because we have a statesman that can be born in Europe only every hundred years. Someone who thinks about the long term. Someone who understands the situation thirty years ahead. Someone who thinks in terms of nation against internationalism. … We fought in defense of Europe, dear Madame Merkel, for almost a thousand years, and it is worth knowing that the bell at noon time is rung not only for us but for Europe.** … For us Hungarians only our national anthem and the ringing of the bell at noon time remained. What is important: you have no right to direct us. You have no moral authority. Do you understand?”

This is, I think, an excellent example of what a large proportion of Hungarians think of the European Union, of Germany and the Germans, and of their own infallible leader. Orbán succeeded in turning these people against everything outside of Hungary. It will be a very difficult task for any future government to undo the damage Orbán has inflicted on his own people. And if an attack on Germany weren’t enough, it seems that Orbán’s government is beginning another assault, this time against the United States. But more on this tomorrow.

**It is an urban legend that the noontime ringing of bells in Catholic churches was ordered by Calixtus III to commemorate the Battle of Belgrade (Nándorfehérvár) in July 1456. Actually the papal decision to add to the morning and evening bell ringing a third at noon was made three weeks before the victory of an international army led by János Hunyadi against the Ottoman forces. But once news of the victory reached Rome, the pope decided that the custom be “rebranded” to commemorate the victory at Belgrade.